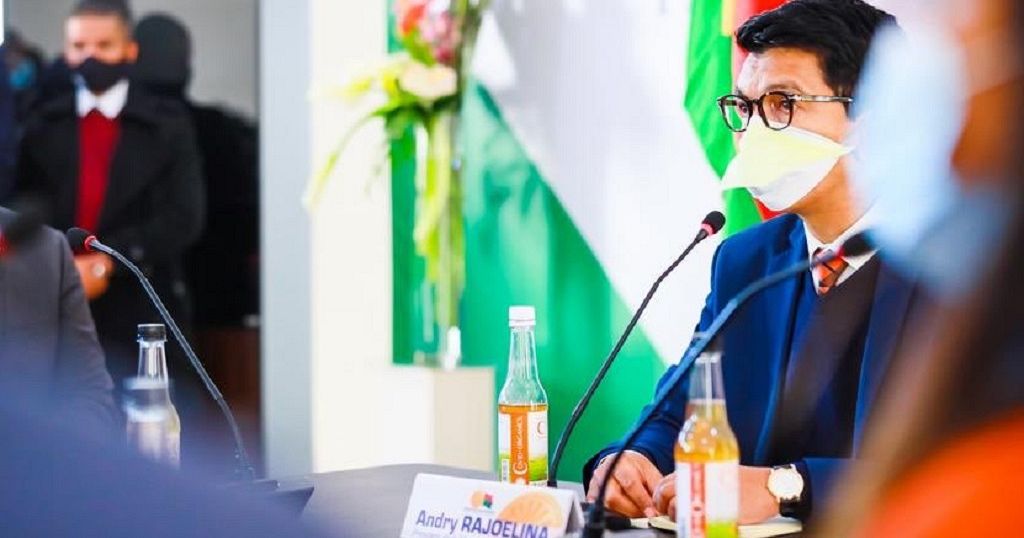 Two lawmakers in Madagascar have died after contracting COVID-19, over twenty others are also receiving treatment for the virus, president Andry Rajoelina announced on Sunday.

The deceased comprise one Senator and a member of the lower chamber. 11 other members and 14 senators also tested positive.

The news comes as government reimposed lockdown on a major region under which the capital Antananarivo falls. The reason was to better contain surge in cases.

If it weren’t Madagascar, but a European country that had discovered the remedy COVID-Organics, would there be so many doubts? I do not think so…

A week ago, the presidency issued a statement dispelling social media reports that Rajoelina had contracted the virus. The country’s caseload is one of the highest in the southern African region, it is also the most impacted island nation on the continent.

The Malagasy presidency had reason to issue an official statement denying social media reports that President Rajoelina had tested positive for the COVID-19.

The July 7 statement (in French) said the president was occupied with leading the country’s fight against the virus and was exercising full control over the governance machinery.

Spike in cases especially in the capital Antananarivo has precipitated the reinstatement of a lockdown to control spread of the virus.

President Andry Rajoelina is in good health and is not affected by covid-19 at all. He has never left Malagasy territory since the start of the health crisis to date.

He faces with all the Malagasy people, the global health crisis which affects our country today and he continues to find, with all the specialists and all the State entities, suitable solutions in the management of this pandemic.

He directs the councils of ministers and several meetings by videoconference to respect the health rules required to prevent the spread of this covid 19 virus.

Madagascar is in the process of equipping its health facilities in order to produce most medicines it currently imports, president Rajoelina announced on Thursday.

The president was reacting to the receipt of state-of-the-art equipment to equip the new pharmaceutical plant “Pharmalagasy.” The consignment was delivered by the Pharma Wing section of Ethiopian Airlines.

“Thanks to the work of Malagasy researchers and foreign scientists, Pharmalagasy will launch CVO+, a curative and preventive capsule against Covid-19 made from artemisia,” Rajoelina added stressing that the move was part of Madagascar positioning “itself on the global pharmaceutical market.”

COVID-Organics has now transited from the usual liquid form, even as government backtracked on administering it via injectables. The capsules are the new form that the president is announcing.

Meanwhile, the WHO and Africa Centers for Disease Control, Africa CDC, have yet to release any findings or developments from their interactions with Malagasy authorities over the purported virus cure.

The country has also announced a partnership with a Bionexx, a company specialized in the culture of artemisia, a move that will make Madagascar the first African producer of medicines based on the medicinal plant, Rajoelina added.

COVID-Organics at a glance

Last week, the Republic of Chad sent a jet to Madagascar for another round of COVID-Organics. President Rajoelina said the second donation was because of the positive effects the first achieved in the Central African country.

20,000 doses of the curative and preventive types of the herbal mixture was subsequently carted off by a delegation sent by the Chadian government.

Chad remains one of the least impacted countries in the Central African region. According to the John Hopkins University tallies, it has 850 confirmed cases with 73 deaths and 720 recoveries. 57 active cases remain under treatment as of today, June 16, 2020 at 07:00 GMT.

Madagascar’s statistics include: 1,290 confirmed cases, 10 deaths, 384 recoveries and 896 active cases as of today.

A Malagasy Minister was fired over plans to buy sweets for children taking COVID-Organics in schools.

She had shelved the plan even before being fired. President Rajoelina – chief patron of COVID-Organics – had rejected the idea. Each student in the country was expected to get three sweets, AFP added.

The Thursday statement confirming her sacking, her counterpart in the higher education ministry, Elia Béatrice Assoumacou, was asked to double as education minister in acting capacity.

May 29: Retreat on COVID-Organics injectables

Madagascar’s President Andry Rajoelina’s position that the purported remedy for COVID-19 will be administered in clinical trials has been clarified by director of the country’s judicial studies department.

Rajoelina this week reiterated a clinical trial plan he announced last week saying the trial will involve administering the in its bottled form and also as injectables.

However, Michelle Sahondrarimalala, a medical doctor and director from Legal Studies at the presidency, in clarification said the president had been misunderstood.

She disclosed that there had at no point been the thought of putting artemisia in an injectable form further stressing that the scientific committee hadn’t considered this.

Reports indicate that the National Medical Academy also cast doubt on the efficacy of the artemisia-based drink, warning of its potential health implications. Doctors are on record to have said the main treatment protocol in the country was not COVID-Organics.

May 21: Rajoelina speaks with Tedros

President Andry Rajoelina says Madagascar will sign a confidentiality clause with the World Health Organization on the formulation of COVID-Organics, the purported cure for the coronavirus pandemic.

He disclosed this after a teleconference with WHO boss Tedros Adhanom Ghabreyesus on Wednesday. He also said the WHO had agreed to support the country’s clinical observation process.

“Successful exchange with Dr. Tedros who commends Madagascar’s efforts in the fight against COVID-19,” he posted on Twitter.

Confirming the call, the WHO boss tweeted: “Good call with HE Rajoelina, President of Madagascar, about the #COVID19 situation in his country.

“We discussed how to work together on therapeutics research and development. And we agreed that solidarity is key to fighting the pandemic and keeping the world safe,” he added.

Successful exchange with DrTedros who commends #Madagascar’s efforts in the fight against #Covid19.WHO will sign a confidentiality clause on the formulation of the #CovidOrganics and will support the clinical observations process in #Africa. pic.twitter.com/SCZZRDKheV

May 11: Madagascar prez dismisses ‘all critics’: would they doubt European cure?

President of Madagascar Andry Rajoelina has delivered a scathing verdict of persons increasingly speaking against the country’s purported traditional cure for COVID-19.

In an exclusive interview with French broadcasters, France24 and RFI, Rajoelina said his country will continue to administer and develop the cure which according to him accounts for majority of its virus recoveries.

“We have 171 cases, including 105 cured. The patients who were cured took only the COVID-Organics medication,” he confirmed.

Asked about warnings issued by WHO, ECOWAS and Africa CDC, he dismissed them stressing that the warnings are meant to detract and discourage progress of the drug, which Madagascar was not going to allow.

“If it weren’t Madagascar, but a European country that had discovered the remedy COVID-Organics, would there be so many doubts? I do not think so…”

“We say bad things about the Tambavy CVO product, when it only does good. They want to slow us down, discourage us, forbid us to move forward …” he further stressed.