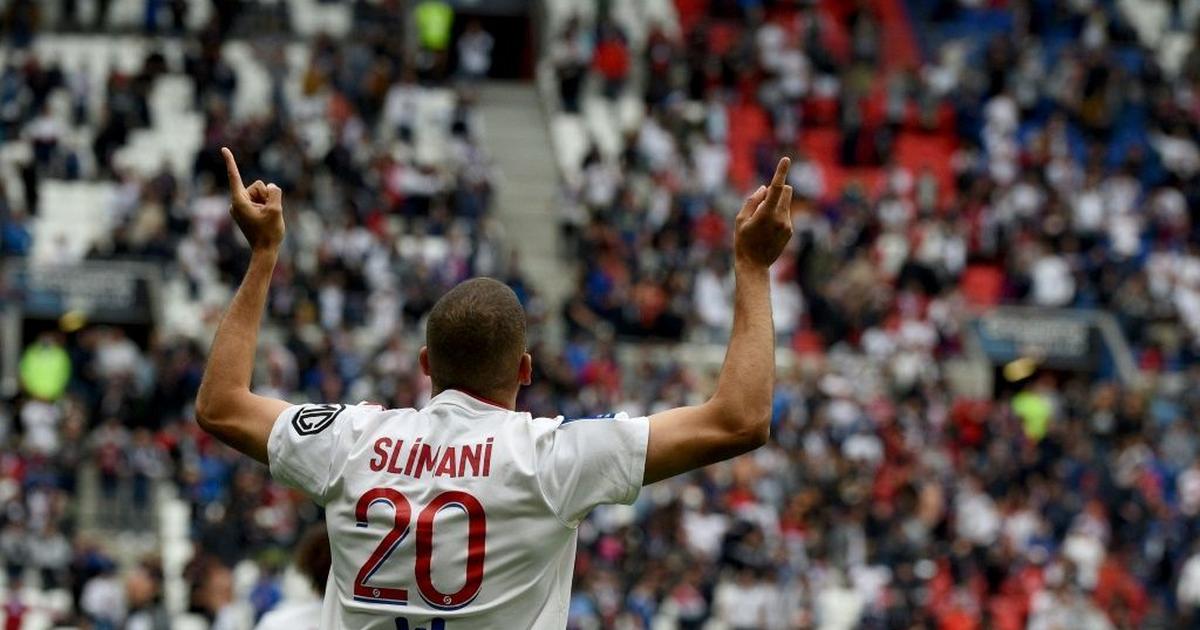 Playing their first game under new Dutch coach Peter Bosz, Lyon needed a second-half Islam Slimani goal to earn a draw after Irvin Cardona had given the Bretons the lead with a superb strike just before the interval.

A crowd of over 29,000 watched the game, with supporters showing proof of vaccination or a negative coronavirus test allowed back in stadiums in large numbers after last season in France was played out almost entirely behind closed doors.

It was an underwhelming result for a Lyon side who finished fourth last season, just missing out on Champions League qualification before seeing star player Memphis Depay leave for Barcelona when his contract expired.

PSG’s build-up to their first league outing has been overshadowed by their interest in Lionel Messi after it was announced the Argentina superstar would be leaving Barcelona.

Runners-up to Lille in last season’s title race, a PSG side that will be without Neymar is in action away at second-tier champions Troyes, a club that is part of the City Football Group network of clubs including Manchester City.

Lille begin their title defence on Sunday at Metz.