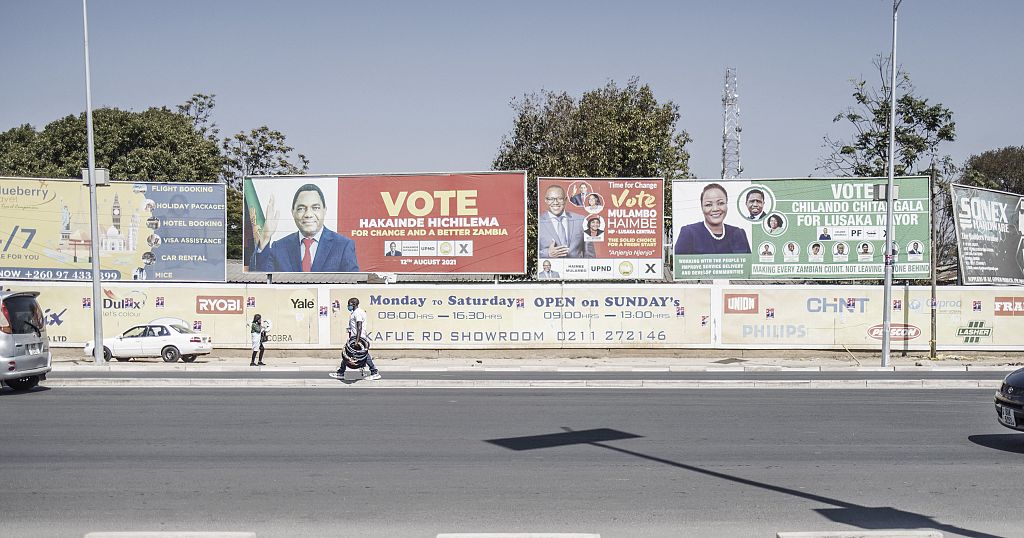 Soaring food prices and economic hardship could sway this week’s tightly-contested Zambian presidential vote in favour of the opposition, as citizens grapple with the fallout from rampant financial mismanagement.

President Edgar Lungu, who is vying for re-election in the August 12 poll, stands accused of borrowing unsustainably, to splurge on infrastructure projects.

The copper-rich southern African nation last year became the first country on the continent to default on its debt in the coronavirus era.

The value of the kwacha currency plummeted to record lows and inflation surged past 20 percent during Lungu’s presidency, which also saw investor confidence decline as external debt ballooned to around $12 billion last year.

“The poor don’t have mechanisms to adjust their living costs”.

With tensions rising ahead of the elections next week, Lungu ordered an unprecedented deployment of the military to clamp down on violence.

Economic troubles in a country where more than half the population lived below the poverty line before the pandemic do not bode well for a president who only eked out slim victories in previous polls, analysts warn.

Results of an Afrobarometer study published last month showed that poverty, hunger and economic inequalities had worsened compared to five years ago.

According to a survey at the end of May, 80 percent of Zambians considered the economic conditions “bad”.

The upcoming election is expected to be the tightest contest yet between Lungu, 64, and his longstanding rival, main opposition candidate and sixth-time-runner Hakainde Hichilema, 59.

Lungu’s “popularity has gone precisely because of how the economy has performed,” economist Grieve Chelwa said speaking from the capital Lusaka.

For the typical Zambian voter, who has a low paid job or is informally employed, the election is “all about the economy”, said Chelwa.

In his campaign manifesto, Lungu boasts that Zambia has “experienced unprecedented transformational development” and is “better than it was in the 47 years under previous administrations”.

He promised to ensure food security, affordable cost of living, and job and wealth creation.

Roads in the bustling capital city have improved drastically since Lungu took office in 2015.

“Driving has never been this nice,” Chelwa acknowledged, but “you can’t eat the roads”.

A monthly average basket of basic goods for an urban family of five cost 8,400 kwacha ($436) early this year, according to the Jesuit Centre for Theological Reflection — more than eight times the minimum wage.

Joblessness has been exacerbated by coronavirus and the streamlining of two major copper mines, in which the government has stakes.

“A lot of Zambians feel they are paying for government debt through rising living costs,” said Zaynab Mohamed of consultancy firm Oxford Economics.

“Lungu is going into the election on a weaker footing because of the financial mismanagement,” she noted.

Accountability of such projects is “very weak”, said Simumba.

“They have built clinics and schools but they haven’t employed doctors or teachers because they can’t afford it,” he said.

“The government’s budget is a mess and, … they haven’t been servicing their external debt.”

The final months of Lungu’s first term were weighed down by difficult negotiations with the International Monetary Fund for a bailout.

A deal is believed to have been clinched with the IMF, but Lungu has dragged his feet on financial reforms and worked instead on curbing the coronavirus and garnering electoral support.

“The government realizes how bad things are going, that businessmen, in particular, are disaffected… and more likely to support the opposition,” said University of the Witwatersrand’s Nicole Beardsworth.

Hichilema’s electoral promise is to fix the economic and political landscape.

The economist and wealthy entrepreneur has a “more business-friendly approach” that is less focused on resource nationalism than Lungu, said Aleix Montana of the research firm Verisk Maplecroft, adding a change in government will likely boost investor confidence.

In the 2016 vote, Lungu eked out victory with 50.35 percent of ballots, just enough to avoid a second-round run-off, and Hichilema came a close second on 47.63 percent.