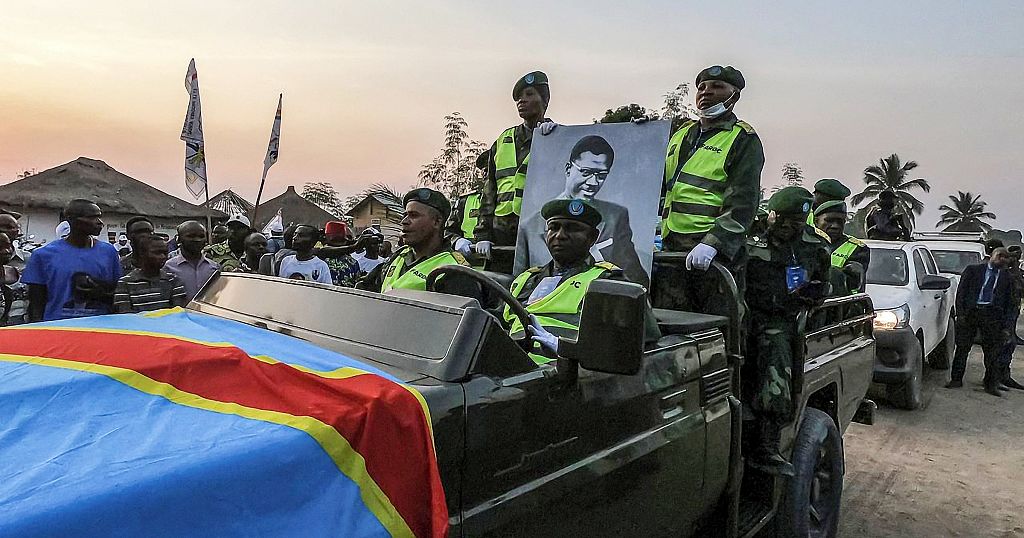 Patrice Lumumba’s coffin arrived on Sunday in Haut-Katanga in the south-east of the Democratic Republic of Congo where a wake is being held at the site of the independence hero’s murder. A single tooth is all that remains of the young scholar and nationalist politician whose life and career were cut short in a dark struggle for leadership and control of resources in the central African country.

“(Patrice) Lumumba for me is a master in thought, he is someone who brought political awakening to the Congo, not only to fight for independence but also for the future, he had a vision of making the Congo a united country and a strong country” Joseph Anganda, Executive of the Congolese national movement said.

After resting in his native village, the coffin of the former Belgian Congo’s first post-independence prime minister pursued its memorial pilgrimage further. It was here in this town that Lumumba was executed in January 1961, four months after the end of his brief term in office.

“Shilatembo is a place of drama, as his Excellency the Prime Minister said. All the time we were on the road I had tears in my eyes, I was crying, this is the place where they decided to finish him (Patrice Lumumba), to kill him because he had his ideas but they did not disappear, these people were wrong.” says Kumel kumelundu Kasongo, a resident of Lubumbashi

For Josaphat Sungu, another resident of Lubumbashi,”… what we can remember about Lumumba is that he is a national hero and he taught us unity and peaceful cohesion, ….

Lumumba’s body was dissolved in acid after he was killed, but a Belgian police officer kept the tooth as a trophy. Belgian authorities in 2016 seized the relic from his daughter. The symbolic burial ceremony in Kinshasa is planned for June 30, which is Independence Day.