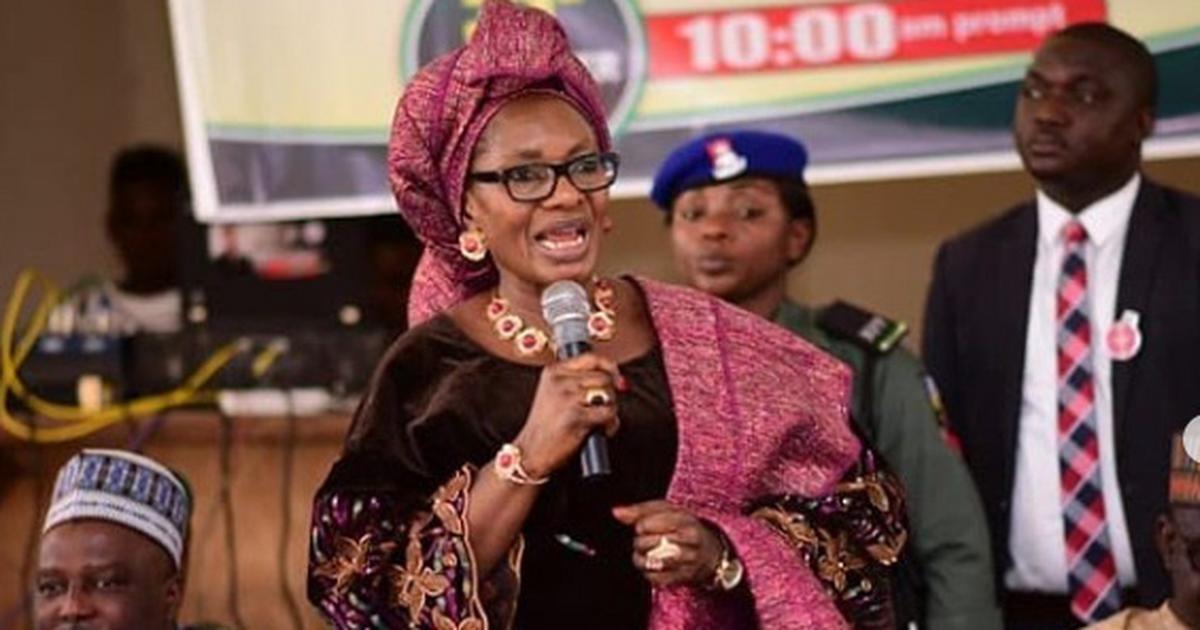 She stated that inadequate number of women in decision-making positions explained the country’s low investment and slow progress in some of the crucial sectors of human development outcomes.

Tallen listed the sectors where there were low level of development as security and peace processes, health, education, ICT development, finance, trade and investments , among others.

According to her, the essence of the news conference is to remind the political parties and aspirants that the level of women’s representation at the various positions in states, despite their numerical population strength, is nothing to write home about.

She said that the news conference was also to take stock of how political actors and gate keepers had fared in rewarding the sacrifices of Nigerian women to further determine how best to support their ambition.

The minister stated that over the years, there had been a sustained poor representation and gender imbalance of women in critical areas, saying that there was need to change the narrative.

“For instance, currently in the House of Representatives, out of 360 members, only18 are women, representing about 4.61 per cent; Senate has eight women out of 109 members, representing 7.34 per cent.

“The same trend, even worse, runs down all levels of governance in the states and local government areas. Available data from 12 out of 36 states are a clear demonstration of the injustice perpetuated in the election and appointment of women.

“It is evident that women have been short changed. Out of 36 states of the federation there are no female governors, only two female deputy governors.

“Statistics from the 12 states show that we do not have a female secretary to government; of 287 state assembly members in 12 states only 23 are women; of 2,050 special assistants only 425 are females.

“Of 325 local government chairmen, only 31 are females, 73 vice chairmen and 368 females out of 2,075 councillors of LGAs. This cannot continue.

“According to the World Economic Forum’s Global Gender Gap Report Ranking on Women Political Participation, Nigeria is worse off in 2019 (102nd) than nine years ago when it ranked 99th worldwide. This is a growing concern to Nigerian women,” she said.

The minister said that the demand for full and equitable participation of women in public life and leadership space in Nigeria had consistently dominated public discourse due to the key role they played in the political process.

Tallen said that despite the key role women played in the country, they were still largely absent from national and local decision-making bodies; adding that they struggled to have voice in issues and concerns affecting them.

According to her, the highest political level of governance must embrace gender equality principles and practice for any meaningful change to occur in the country, adding that this has been adopted as a yardstick at the global level for measuring progress.

She said that women would not support or vote blindly in the 2023 general elections any politician that was not ready to give women the pride of place they deserved.

Tallen stated that the women would only support political parties that were ready to fill in at least 35 per cent of women representation in both elective and appointive positions and provide for women in their party structures and manifestoes.

According to her, women’s participation is central and crucial to national growth and development and that now is the time for women to take the bull by the horn to achieve their aims.

She further said that the ministry would continue to strengthen accountability mechanisms for voices of women and responsiveness to women’s needs, as well as fundamental principle of equality as enshrined in the 1999 Constitution.

The minister said that in a few weeks time women would be launching a project which would be called ‘Women Reconnect for New Nigeria Initiative (WR4NNI) as a new social mobilisation and sensitisation movement.

She said that the project was aimed at galvanizing the women to participate fully and equitably in the processes leading to the 2023 general elections and beyond and to reinvigorate the efforts of Nigerian women as they began to choose Nigerian leaders at all levels.

She stated that the movement was geared towards raising the bar in the demand for women’s participation while calling for implementation of affirmative actions in all political spheres by all.

She said that 50 per cent of political posts must be reserved for women, as well as mainstreaming of gender into party politics at all levels, both federal, state, and LGAs.

Tallen said that there was need to reform the political structures, which excluded women from participating in decision-making and made them amenable to equality and social justice principles.

She said that traditional councils must be sensitised to the rights of women to participate in politics, adding that the ministry had started a process of building a dashboard to display all the pro-women projects initiated and executed by the 36 states.

According to her, this will play a crucial role in determining the women’s support, especially for those serving who wished to continue in office or seeking higher office.