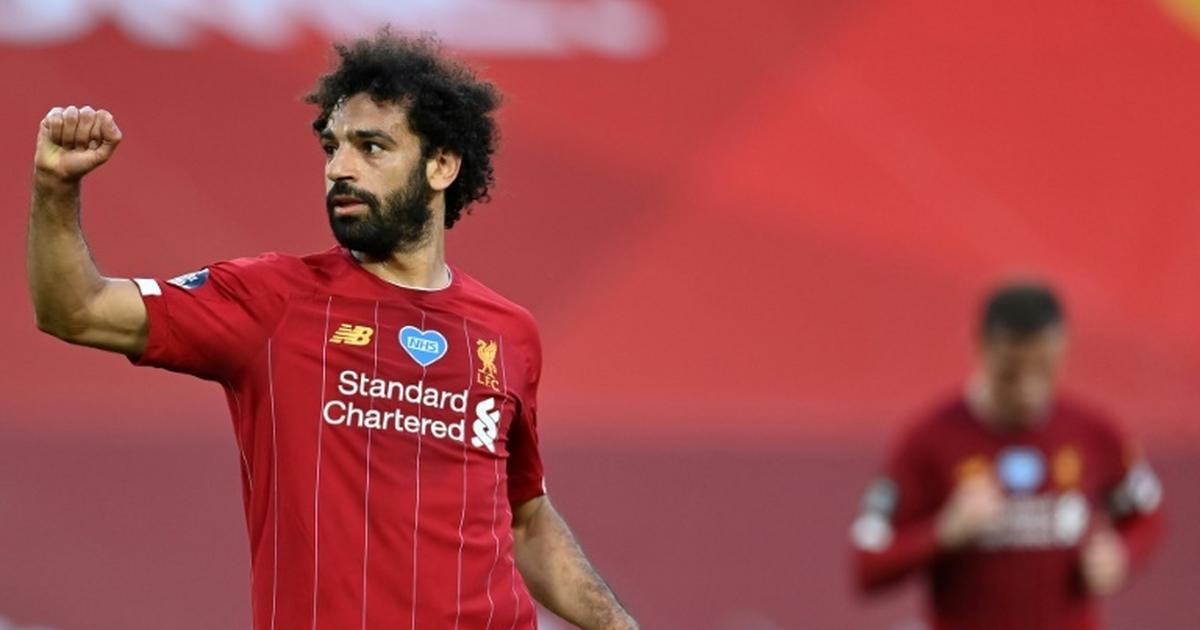 Jurgen Klopp’s men moved to the brink of a long-awaited Premier League title in style by thumping Crystal Palace 4-0 on their return to Anfield on Wednesday.

The European champions’ long wait to return to the summit of English football has been extended by three months due to the unprecedented coronavirus shutdown.

There were fears at one stage the season could have been declared null and void, before the Premier League agreed to restart.

City can delay Liverpool’s celebrations by beating Chelsea at Stamford Bridge and then winning the battle of the top two next week at the Etihad Stadium.

Klopp said he would be watching Thursday’s game in London, not to will on Frank Lampard’s side but to prepare for the game against City.

“I watch the game not to prepare a celebration but we play City a week later and also Chelsea,” said the German boss.

“This game is a really important game to watch for plenty of reasons. Whatever happens… we have no influence on it so I have no interest.

“It will happen when it happens.”

Liverpool returned to top form against Crystal Palace at an empty Anfield on Wednesday, brushing aside the London club 4-0 after a drab goalless draw against neighbours Everton at the weekend.

Trent Alexander-Arnold, Mohamed Salah, Fabinho and Sadio Mane were all on the scoresheet as Klopp’s men showed the combination of flair and steel that has made them so irresistible this season.

If City manage to keep the title race alive at Chelsea, a point would be good enough for Liverpool to win the league when they travel to Manchester on July 2.

City boss Pep Guardiola said on Wednesday his priority is Sunday’s FA Cup quarter-final rather than prolonging Liverpool’s wait and he could rest players ahead of the trip to Newcastle at the weekend.

England international Alexander-Arnold admitted many of his teammates would be tuning into events in London on Thursday but wants Liverpool to go on and rewrite the record books no matter when they clinch the title.

City set the Premier League points record of 100 two seasons ago, but Klopp’s side could still reach 107.

“A lot of us will watch it tomorrow but not get too excited,” said Alexander-Arnold.

“We’ve still got to prepare for the game next week regardless. We’ve still got seven games left and we’re going to try and get all 21 points from those games.”

Liverpool dominated English football in the 1970s and 1980s before ceding their position to Manchester United, who have won 20 titles in total.

Seven different clubs have won the English top-flight since Liverpool last tasted success under Kenny Dalglish in 1990 — two years before the launch of the Premier League.

Klopp took his side to within a whisker of glory last year, only to finish a single point behind City, but the wait is nearly over.

Salah, who has formed a devastating forward partnership with Roberto Firmino and Mane, said it was Liverpool’s “time”.

“Since I came here I said I want to win the Premier League with the team,” he told Sky Sports. “The city didn’t win it for a long time, so it was the right time.

“Maybe last year we had a chance to win it but Man City also performed really good and they won it. It’s our time to win it and it’s great.”