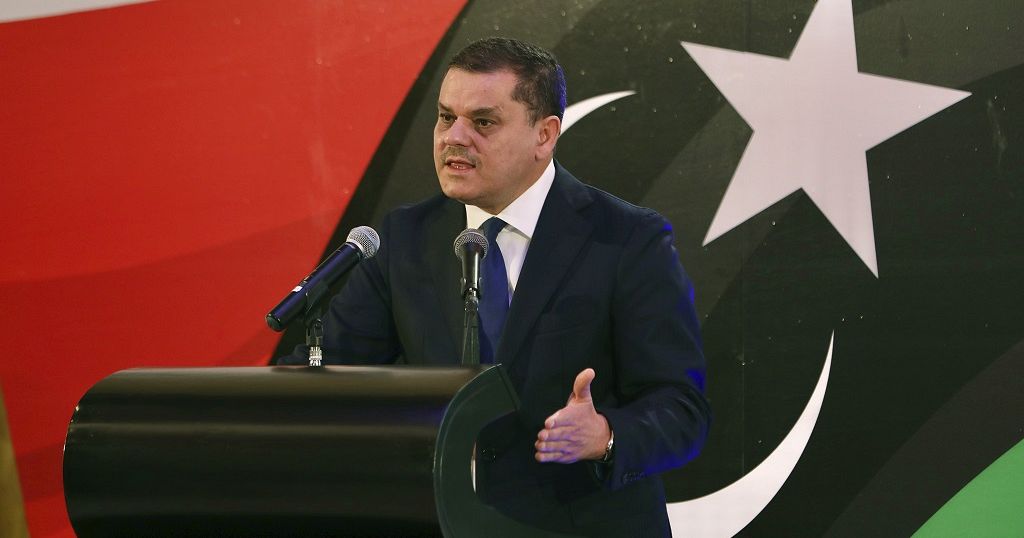 Eighty-nine of the 113 lawmakers who attended the lower house session in the eastern city of Tobruk voted to withdraw confidence from the Tripoli-based administration of interim Prime Minister Abdulhamid Dbeibah, spokesman Abdallah Bliheq said.

But an upper house based in the capital rejected the vote, saying it violated established procedures, laying bare once more the extent of divisions between the country’s east and west.

The latest escalation came amid tensions between the House of Representatives and Dbeibah’s government, which took office earlier this year with a mandate to guide the North African country to elections on December 24.

Those polls look increasingly unlikely to happen amid the escalating political wrangling, casting doubt on a United Nations-led process aimed at ending a decade of violence since the fall of dictator Moamer Kadhafi.

But Dbeibah insisted Tuesday that elections must take place.

“I reaffirm our determination to continue what we have begun,” he said in the western city of Zawiya.

“I say no to war, yes to elections for a united Libya.”

A short time later, in central Tripoli, he paid tribute to those “honorable” lawmakers who rejected what he termed a “masquerade”.

As dozens of supporters demanded the “fall of the parliament”, Dbeibah responded, “with God’s help, it will fall”, calling for a large rally in the city on Friday.

Haftar had waged a year-long assault on Tripoli, leaving thousands dead, before reaching a formal ceasefire with his western opponents in October last year.

While the ensuing UN-led peace process has led to a period of calm, wrangling over electoral laws and the presence of foreign forces have complicated moves towards more permanent peace.

The United Nations Support Mission in Libya (UNSMIL) expressed concern at Tuesday’s developments and urged the parliament “and all relevant institutions and political actors to remain focused on completing the preparation of the constitutional and legislative framework” for the December 24 vote.

The transitional administration “remains the legitimate government up until it is replaced by another government through a regular process, following the elections”, UNSMIL added.

Parliament spokesman Bliheq said the cabinet would become “a caretaker government”, although it would not be replaced.

But the High Council of State, the parliament’s upper house based in Tripoli, quickly rejected that.

“We don’t want to place so much importance on things that could get in the way of that goal. This government will keep working until December 24, and we must ensure conditions that allow for elections to be held.”

A parliamentary source in the eastern city of Benghazi told AFP that the vote had passed despite parliamentary rules requiring a quorum of 120 members of the 200-seat house.

Mohamed Eljarh, a consultant at Libya Outlook, tweeted that Tuesday’s vote was “a major escalation” by the lower house at a “critical juncture” that would “add to the confusion and uncertainty” in Libya.

The upper house had on Monday rejected the presidential election law announced earlier this month, saying it had been passed “without a legal vote or consensus”.

Critics of that law have pointed to a clause stipulating that military officials may stand in presidential polls on the condition they withdraw from their posts three months beforehand.

That would allow for a presidential run by Haftar, who is allied with the legislature’s speaker Saleh and whose forces control eastern Libya as well as parts of the south.

Dbeibah’s transitional administration, the product of UN-led talks in Tunis and Geneva, had won a lower house vote of confidence in March but has irked members of that chamber, which has so far not held a vote on his budget.

On Monday it set up a commission of inquiry to examine deals Dbeibah had signed, his expenses and nominations by his government.