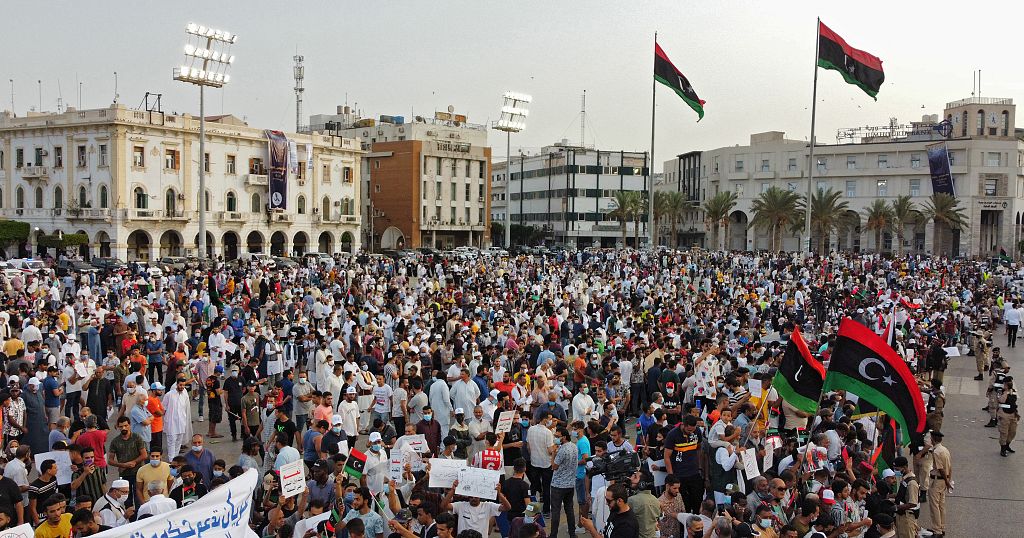 Thousands of people gathered in Libya’s capital Tripoli on Friday to protest a parliamentary no-confidence vote against the unity government earlier this week, three months ahead of planned elections.

Protesters gathered in Martyrs’ Square with Libyan flags and placards reading “parliament doesn’t represent me” and “the people want parliament to fall” as well as slogans against divisions in the North African country.

Libya saw a decade of war following its 2011 revolt which toppled dictator Moamer Kadhafi, but an October ceasefire between eastern and western camps and a United Nations-led peace process had sparked hopes of stability.

A unity government took office in March with a mandate to prepare for December elections, but thorny negotiations over electoral laws have placed growing doubts over the UN-led process.

Earlier this month, the speaker of the east-based parliament Aguila Saleh outraged opponents by ratifying an electoral law seen as bypassing due process and favouring military strongman Khalifa Haftar.

Then on Tuesday parliament passed a no-confidence vote in the Tripoli-based unity government of interim Prime Minister Abdulhamid Dbeibah.

In response, Dbeibah called for a “huge demonstration” which took place Friday in Martyrs’ Square, an esplanade in central Tripoli lined with palm trees and surrounded by Italian colonial-style buildings.

The upper house of parliament based in the capital rejected the no-confidence vote, saying it violated established procedures, laying bare once more the extent of divisions between the country’s east and west.

But Dbeibah insisted Tuesday that elections must take place.