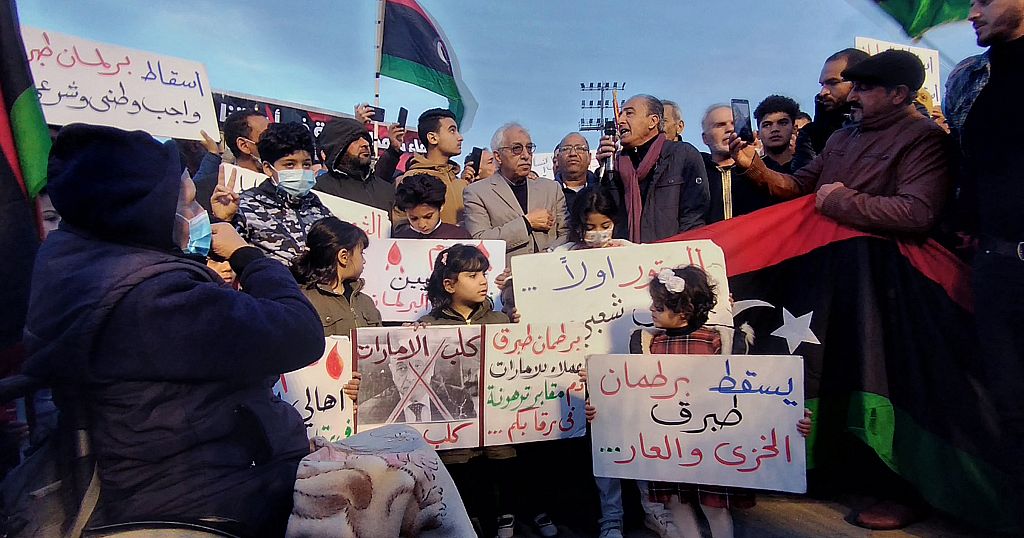 Protesters gathered in Tripoli on Friday after the country’s east-based parliament named a new prime minister.

The appointment of former Interior Minister Fathi Bashagha, as head of a new interim government, has reignited divisions in the war-torn country.

In the Libyan capital, protesters voiced their opposition against the move to replace Abdul Hamid Dbeibah as prime minister.

They called for the parliament in the eastern city of Tobruk that appointed him to be dissolved.

The decision by the east-based lawmakers has raised fears of a return to the divisions in Libya, which plunged into chaos after a NATO-backed 2011 uprising toppled longtime dictator Moammar Gadhafi.

In April 2019, east-based military commander Khalifa Hifter and his forces, backed by Egypt and the United Arab Emirates, launched an offensive to capture Tripoli, where the U.N.-supported government is based.

Hifter’s campaign collapsed after Turkey and Qatar stepped up their military support for the Tripoli government with hundreds of Turkish soldiers and thousands of Syrian mercenaries.