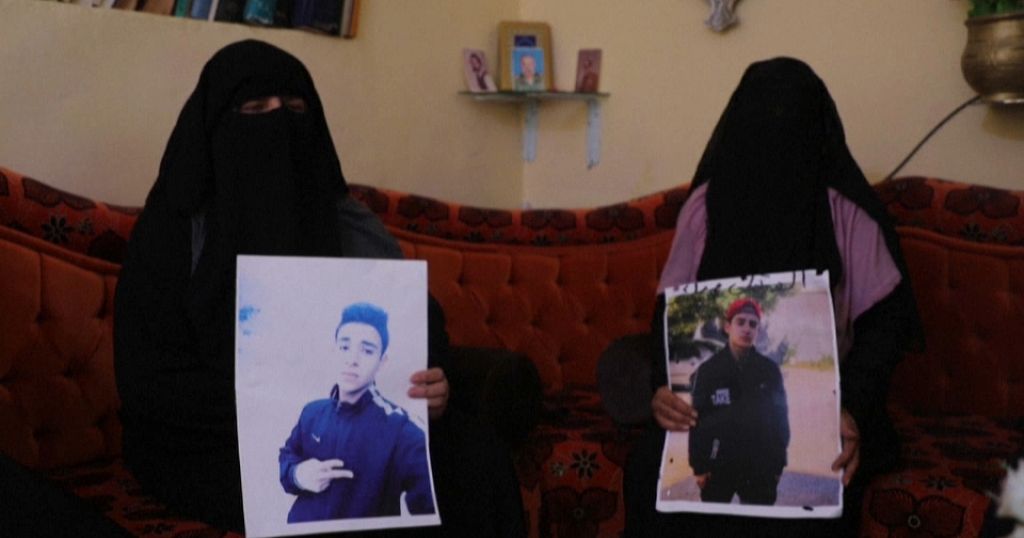 A year ago, Mohammed al-Magri’s son disappeared when fighting intensified in Tripoli, Libya.

The 60-year old fears his son then 20- years old may be buried in one of the mass graves discovered in his city near Tarhouna, in the southeast of the Libyan capital.

“Someone knocked on the door, my son went to open the door and said some people were asking for me. I went out and found four vehicles with masked and armed men parked outside our house.””He told me to leave, we will talk to Haitham for a bit and then let him go. I left, then Wednesday, Thursday, Friday came (and I never heard from him).”

Haitham was taken by force by an armed group at the end of 2019. The discovery of mass graves in June has horrified the United Nations.

Lotfi Tawfiq is Head of committee tasked by the Government of National Accord in Tripoli to search for missing persons.

“We took some of the families to the city of Benghazi to check if there have been any prisoners who have been transferred there. As it appears to us, there are no prisoners there. We’ve taken the DNA samples from the parents and from the corpses to match them and see if they belong to the families or not”, Tawfiq said.

“Bodies have not yet been identified, while the searches carried out by the technical teams “are still underway, he told AFP.

The young man disappeared the day after the departure of forces loyal to Khalifa Haftar, a strongman of Eastern Libya, who had been trying since April 2019, to conquer Tripoli.

Human Rights Watch has called on pro-Haftar forces to “urgently investigate apparent evidence of torture and summary executions committed by fighters affiliated with them.’’

Libya plunged into anarchy following the ouster and subsequent death of long-serving leader, Muammar Gaddafi in 2011.