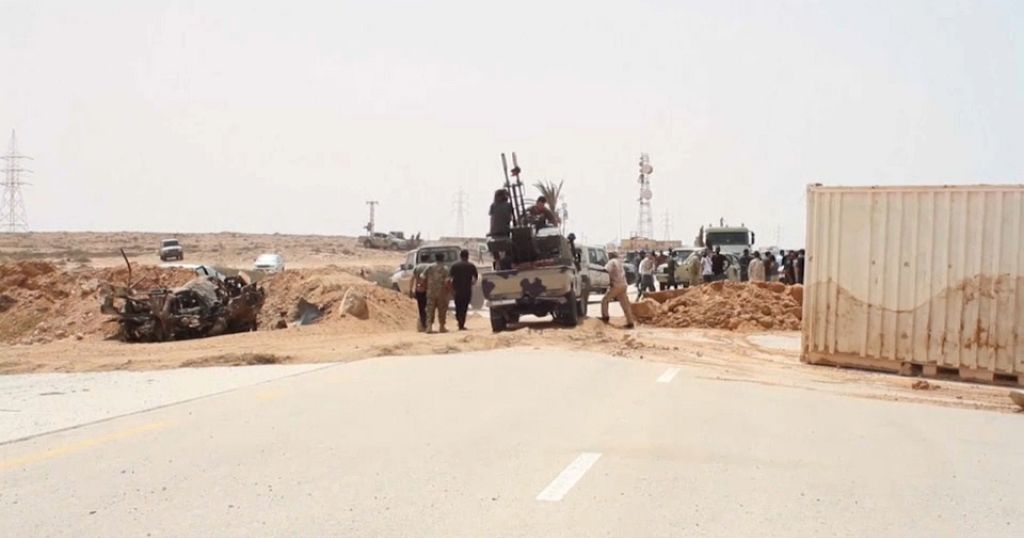 Libya’s interim authorities reopened the Mediterranean coastal highway linking the country’s long-divided eastern and western cities on Sunday, in the latest bid to reunite the land after years of civil war.

It comes three days ahead of an international conference on Libya that will be hosted by Germany and the United Nations in Berlin.

“I am so delighted to participate in the opening of this essential lifeline linking the east of our country to its west,” Libyan Prime Minister Prime Minister Abdul Hamid Dbeibah told a crowd that had gathered as bulldozers towed away rocks and sand blocking the road.

The coastal highway has been closed since April 2019 after east-based military commander Khalifa Hifter launched a military offensive to try to take the capital, Tripoli, from the U.N.- recognized government.

Its reopening was a long-held demand by the U.N. to enable the safe passage of civilians and goods.

The US embassy in Libya hailed the move, saying in a Tweet it was “paving the path for Libyans to have full control over their own affairs.”

Dbeibah was elected as interim prime minister, along with a four-member presidential council, by Libyan delegates at a U.N.-sponsored conference in February.

They are meant to shepherd the country to nationwide elections late this year.

The resumption of traffic on the route stretching along Libya’s Mediterranean coastline comes amid tensions between interim authorities and Hifter’s troops.

On Saturday, Hifter’s self-styled Libyan Arab Armed Forces announced the deployment of more troops in the largely lawless south, and the closure of the western border with Algeria, saying it was to combat terrorism.

In response, Libya’s presidential council issued a decree sending their own brigades to the south.