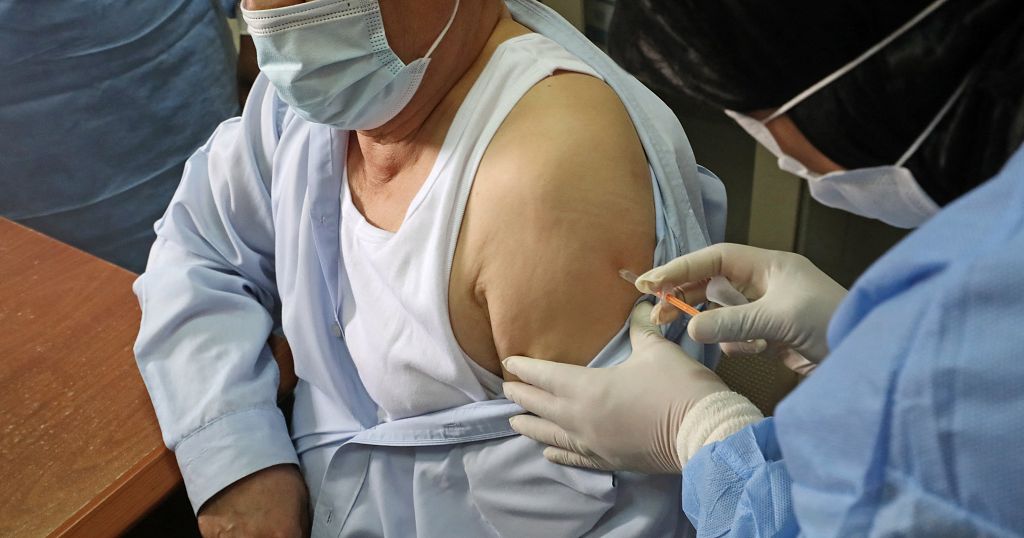 Libya kicked off its coronavirus vaccine drive in the capital Tripoli on Saturday.

At some health centres, there were queues of people waiting for their shots.

Some 430 centres have been approved across the country.

Priority for the vaccines has been given to the elderly and those with health conditions and health care workers.

Libya is using a mix of vaccines, such as Russia’s Sputnik jab, the Oxford-AstraZeneca and the Chinese Sinopharm vaccine.

Those over 70 would get the AstraZeneca jab while the Russian Sputnik V vaccine would be administered to medical personnel and those aged 50-60, the National Centre for Disease Control said.

Some of those vaccines have come through the global Covax programme.

The vaccines are currently stored in medical supply stores, with plans to distribute them across the country imminently.

The government has urged people to register for the jab.

The country is struggling to emerge from decades of violence and political rivalries following its descent into chaos in the aftermath of the 2011 NATO-backed uprising that ousted dictator Moamer Kadhafi.

Although rich in oil, the economy has been hit hard and the situation was further compounded by the pandemic with nearly 1,000 cases registered per day in recent weeks.

Libya officially launched its vaccination campaign a week ago with Prime Minister Abdulhamid Dbeibah getting the first jab.