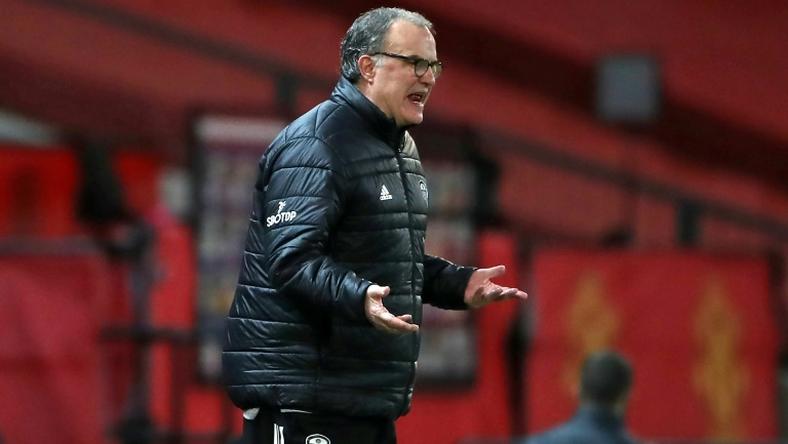 The 65-year-old Argentinian has transformed the fortunes of the once ailing giants restoring their Premier League status after a 16-year hiatus.

His strategy of all out attack and effectively shoot on sight has drawn plenty of praise but there have been some heavy defeats, most recently last Sunday’s 6-2 hammering at Manchester United.

“It’s just another way to try to ridicule me,” said Bielsa at a press conference referring to the questioning of his strategy.

Bielsa, known as ‘El Loco’ (The Crazy One), arrived with a dossier and spent more than 40 minutes analysing his team’s loss at Old Trafford in answering questions about their style.

“I don’t worry too much about what the press think,” Bielsa said.

“What does worry me is what is written influences the public, they decrease the capacity to understand for the public.

“Also, they try to destabilise things by suggesting to the players the style needs to be changed.

“Of course, this happens when the results allow. It doesn’t matter if in the previous game, the opinion was completely different.”

The former Argentina and Chile boss said it is only normal that when someone is down the media put the boot in.

“The best way to win is to play well. So nobody can say I put style over results,” said Bielsa.

“Normally, when there is adversity, what the press do is try to weaken the one who is facing adversity or to ridicule the style of play of a team.”