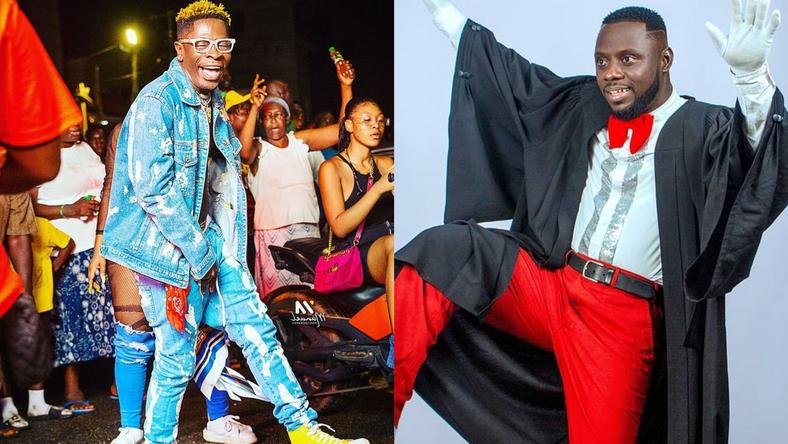 Shatta Wale took to Twitter on Wednesday to troll Lawyer Ntim, saying he brought the coronavirus to Ghana and that she should be questioned by authorities.

The hilarious tweet which has garnered over 5,000 likes and generated a lot of comments on the 280-character platform claimed Ntim knew about the outbreak break of the pandemic three years ago and that is the reason why he has been wearing gloves in addition to his court gown and wigs.

“It was Lawyer Nti who brought corona to Ghana. He has been wearing gloves 3yrs before the disease…He needs questioning,” he tweeted.

Shatta Wale and Lawyer Ntim have a good relationship.

In 2018, when “Kejetia Vs. Makola” – a TV series which brought Lawyer Ntim into the limelight – reached its peak, it starred Shatta Wale alongside Ntim in its feature-film titled “Trial of Shatta Wale”.

Meanwhile, President Nana Akufo-Addo has said Ghana has detected a new variant of the coronavirus.

“Recent genomic sequencing undertaken by our scientists have established that some arriving passengers tested positive for new variants of COVID-19,” stated Nana Akufo-Addo, in his 22nd address to the nation on COVID-19 on Sunday.

He further stated that “these passengers have all been isolated” and “work is ongoing to determine the presence and extent of spread of the new variants in the general population”.

Ghana’s active cases continue to surge with a current record of 1924 and 352 deaths.