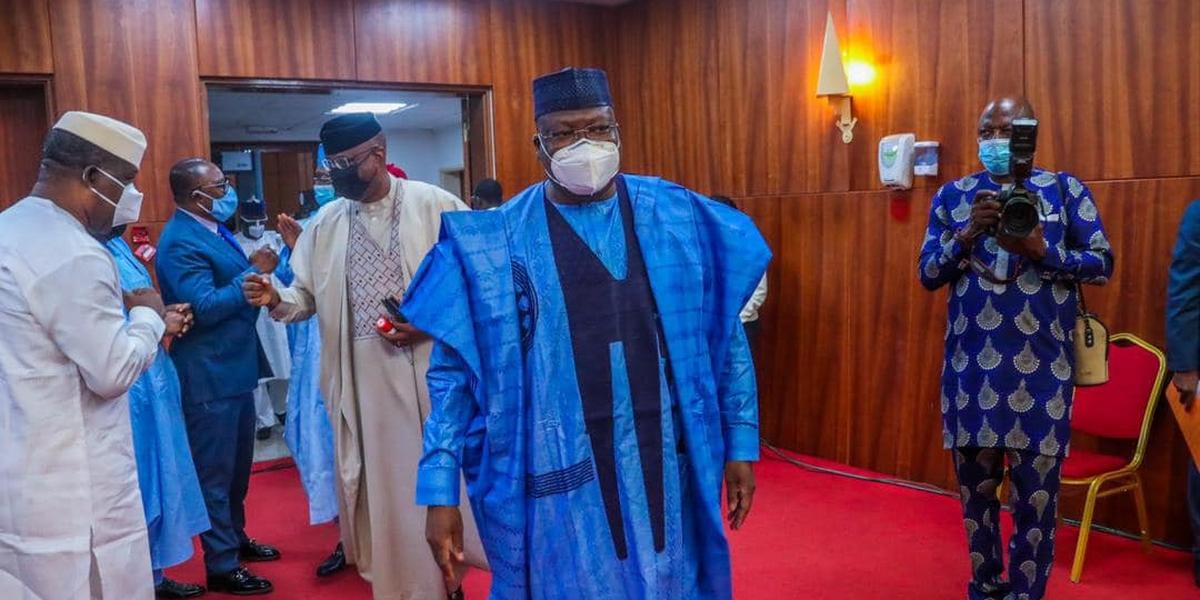 Lawmakers in the upper legislative chamber of the National Assembly passed the EFCC Act (Amendment) Bill for a second reading during plenary on Wednesday, June 30, 2021.

The bill seeks to amend Section 2(1) of the EFCC Act, 2004 that concerns the qualifications of who can be appointed chairman of the anti-graft agency.

The section stipulates that the commission’s chairman can only be a serving or retired member of any government security or law enforcement agency not below the rank of Assistant‐Commissioner of Police or equivalent; and possess not less than 15 years cognate experience.

Leading debate on the amendment bill on Wednesday, Senator Abba Moro (Benue South – PDP), on behalf of the bill’s sponsor Senator Kola Balogun (Oyo South – PDP), asked that the qualification net be further widened to include anyone in Nigeria.

“The country is blessed with a lot of people with unblemished character, and with cognate experience in fighting crimes who can lead the commission to achieve the intent of establishing it,” the sponsor noted.

Senator Sani Musa (Niger East – APC) expressed his support for the bill, and noted that he has a similar amendment bill that should be consolidated with the one read on Wednesday.

However, Senator Adamu Aliero (Kebbi Central – APC) opposed the second reading of the bill because a presidential committee has already advised President Muhammadu Buhari to restrict appointment of EFCC chairman to graduates of its academy.

This recommendation led the president to appoint Abdulrasheed Bawa as the agency’s first homegrown chairman earlier this year.

“If you bring someone from outside, he may not have the knowledge of what’s happening in EFCC.

“He has to start over irrespective of his experience in the Police Force or other sister organisations,” he argued.

Deputy Senate President Ovie Omo-Agege (Delta Central – APC) also opposed the second reading of the bill, arguing that cadets of EFCC academy should be able to aspire to rise through the ranks and to the top like it happens in the Police.

He said the confirmation of Bawa and his exemplary leadership so far proves that the agency should only have homegrown chairmen.

When Lawan put the bill up for a voice vote, a majority of lawmakers in the chamber voted against the amendment with the “Nays” louder than the “Ayes”.

Unsatisfied with the result and without explaining his reason, the Senate President immediately put the bill up for a second vote.

The “Nays” were even louder than the “Ayes”, signifying that a majority were against the amendment, but Lawan bizarrely ruled that the “Ayes” won the vote.

The Senate President did exactly the same thing during the passage of the National Agricultural Development Fund (Establishment) Bill, 2021 in March.

His office told Pulse at the time that only he was in the best position to determine the verdict of the voice vote, despite the clear auditory victory that he ruled against, both in March and today.

Adding his voice to the debate after the controversial vote that he described as “close”, Lawan said he preferred that the net be widened, especially for people with experience in other anti-graft agencies.

He said, “In Kano, they have something like EFCC. Would it be bad if you bring someone with that kind of background in an anti-corruption agency, not necessarily EFCC? Is it not giving a sense of fresh air for new ideas?”

Events that played out on Wednesday once again put under the spotlight the calls for the National Assembly to keep an electronic record of votes cast by lawmakers, especially on important legislation.

All proceedings in the Federal and State legislative chambers across Nigeria are currently subjected to voice votes of “Ayes” and “Nays”, a running violation of the nation’s Freedom of Information Act that requires a clear record of votes that’s accessible to the public.

The amendment bill was referred to the Senate Committee on Anti-Corruption and Financial Crimes to report back within four weeks.