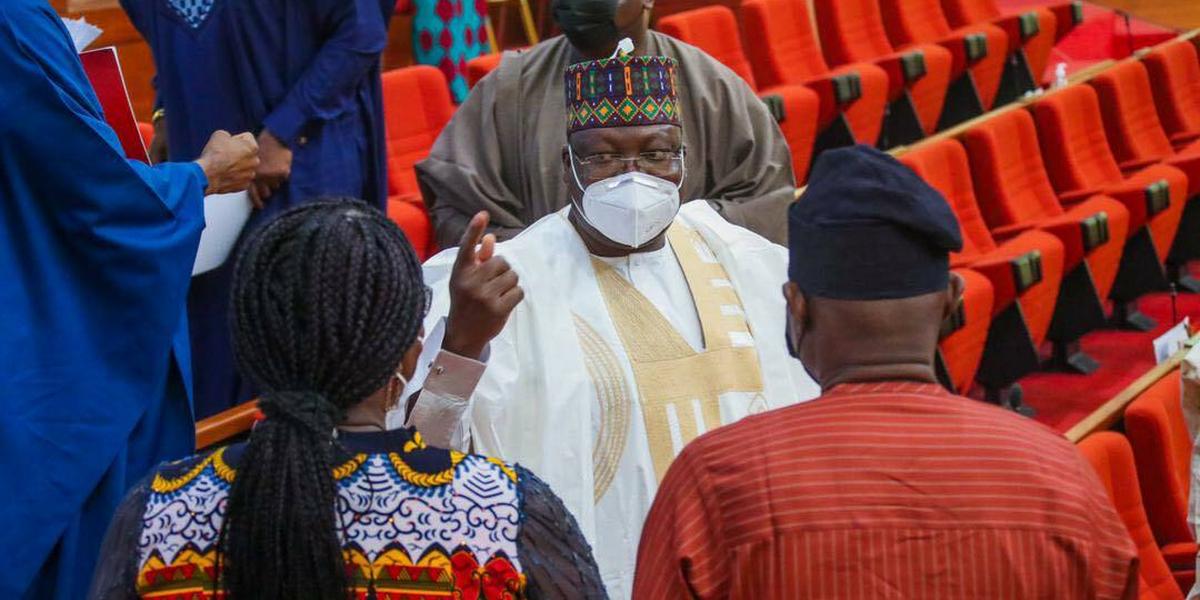 Lawan said this at the inauguration of Mr Abimbola Yusuf, as Chief Commissioner of the Public Complaints Commission (PCC) and 37 other Commissioners from the 36 states and the Federal Capital Territory (FCT) on Monday in Abuja.

He has urged Nigerians who were not comfortable with certain clauses in the ongoing amendment, to take their complaints to their representatives, for consideration before the passage of bill.

“The national assembly is embarking on the amendment of the Electoral Act probably by next week or within the next two weeks.

“It is very important that those who feel very strongly about any amendment that they think should be effected in the Electoral Act should contact or talk to their members of House of Representatives as well as distinguished Senators.

“I want to state categorically clear here that presiding officers are not the ones to determine what is coming or what is not.

“So it is very important that in the same fashion, in the same way, the Public Complaints Commission is utilised properly by the general public,” he said.

He assured the PCC of the national assembly’s support towards tackling its challenges.

“We are making efforts to overcoming the challenges facing the commission which is largely funding,” he said.

Lawan, while noting that millions of Nigerians were ignorant of the workings and powers of the commission, urged the commissioners to embark on omedia campaigns to enlighten the public.

Speaker House of Representatives, Femi Gbajabiamila, said that the commission was a product of necessity due to human rights abuses, societal victimisation, high handedness and practices of maladministration.

“Such ugly practices are being noticed in Nigerian workplaces and this promoted the birth of the commission in 1975 and its metamorphosis into a statutory vehicle in 2004.

“The main purpose of bringing the PCC on board was to curtail all forms of injustices in public administration in Nigeria,” Gbajabiamila said.

He urged the commissioners to bring to play, all the necessary ingredients needed in public administration for workers protection, for the benefits of Nigerians and residents of Nigeria irrespective of ethnicity or religious inclinations.

Mr Amos Ojo, National Assembly, clerk, urged the commissioners to be ambassadors of Nigerian Conscience and do their job with diligence.

“This is to ensure that those who had been cruelly rusticated through administrative wickedness are able to access justice across the country,” he said.