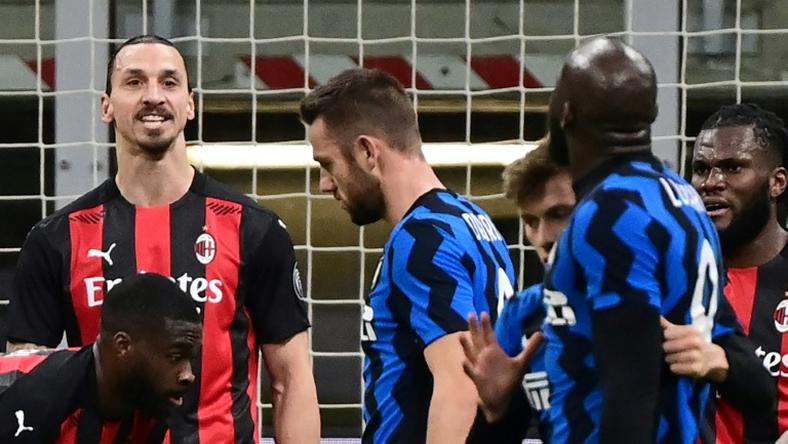 The match at the San Siro was overshadowed by a clash between star strikers Zlatan Ibrahimovic and Romelu Lukaku, who both scored on the night, with the Swede later sent off in the second half.

Ibrahimovic broke through on the half-hour after connecting with Soualiho Meite’s headed cross, firing in low from the right with the ball bouncing in off the far post.

Ibrahimovic taunted Lukaku and infuriated the Belgian by laughing in his face with the pair going head-to-head.

The duo traded insults heading towards the tunnel with a furious Lukaku being restrained by his teammates.

Both players were booked over the incident.

Ibrahimovic got his marching orders after picking up a second yellow card 15 minutes after the break after for bringing down Aleksandar Kolarov.

Rafael Leao’s foul on Nicolo Barella gave Inter a penalty after 71 minutes with Lukaku stepping up to fire in via the underside of the crossbar.

Eriksen came off the bench with two minutes to go and the out-of-favour Danish midfielder scored the winner deep into stoppage time with a sensational free-kick after a change in referee because of injury.

Inter go through to meet either Juventus or SPAL in the two-legged semi-final on February 3 and 10.

Kenya: Maasai rite of passage is a colourful and ancient tradition