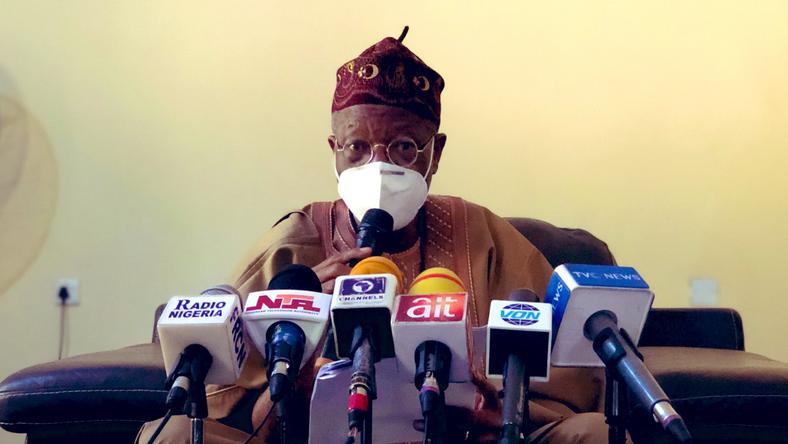 The party kicked off the exercise this month to refresh its membership register ahead of its national convention, but has been met with criticism from some party leaders.

Mohammed said during a media briefing on Monday, February 15, 2021 that the exercise in his native Kwara has failed to comply with the stipulated guidelines.

He pointed the finger at the Fagbemi Group of the party in Kwara which belongs to incumbent governor, AbdulRahman AbdulRazaq, as responsible for the messy process.

The minister said the exercise has been a one-sided affair that has frozen out other groups in the party that ensured its success at the polls in 2019.

He complained that registration materials have been handled by unauthorised people, and that the exercise is being carried out without the party’s membership register.

He especially noted that a divisional police officer was briefly in charge of registration in Shao in Northern Kwara before he was stopped.

“Even senior Kwara government officials and State House of Assembly members were made to write their details in the exercise books or foolscap sheets, in clear violation of the guidelines.

“We have pictorial and video evidence of this. More worrisome is that members who have purportedly registered are being asked to come back for their registration slips.

“Till date, no such member has been given the registration slip,” he said.

Mohammed noted that registration officials have only showed up once in his own local government area, and none has shown up at the polling unit of current Minister of State for Transport, Gbemisola Saraki.

The minister complained that members who have raised concerns about the non-compliance with guidelines have been beaten, arrested, and threatened with prosecution.

He said the mess in Kwara points to a deliberate policy to de-register high-ranking members and stakeholders who have contributed to the party’s rise to power over the past seven years.

“At the last count, over 100 of our members have had to been bailed from police stations,” he said.

Mohammed announced a list of demands to fix the process, including the immediate cancellation of the exercise so that the proper structure is implemented to carry out a credible one.

He said a vast majority of APC stakeholders have lost confidence in the Senator John Danboyi-led Membership Registration Committee for Kwara and demanded its immediate disbandment, and investigation into its conduct.

The minister also demanded that a fresh Membership Registration Committee that is truly independent and non-compromised be constituted.