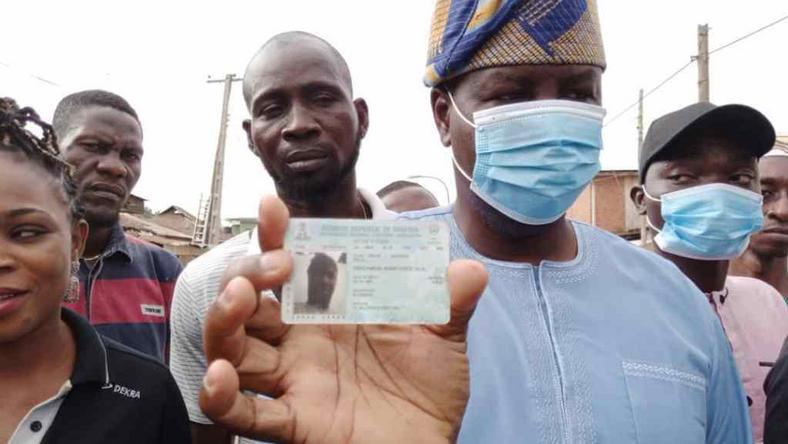 Few voters were on queue at most polling centres visited while electoral officers adorned face masks, but few of the voters complied with use of face mask.

In Ikorodu, police officers were seen at the polling centres protecting the voters and ensuring orderliness.

NAN reports that police mounted several roadblocks along the popular Ikorodu Road in attempt to enforce restriction of movement .

The police had earlier announced restriction of vehicular movement between 6.00a.m. and 6:30p.m. on Saturday in the affected five local government areas.

Sanai Agunbiade, Majority Leader, Lagos State House of Assembly, said that INEC had significantly improved in the conduct of elections in the country.

“People are exercising their franchise peacefully and people are obeying Social distance while voting,” the Lagos lawmaker told newsmen after casting his vote at poling unit 043 at Grammar School, Aga/Ijomu area of Ikorodu.

Kaoli Olusanya, Vice-Chairman, All Progressives Congress (APC), Lagos-East Senatorial District, said that the election was so far peaceful, orderly and without any form of coercion or intimidation.

He commended INEC for creating a conducive environment for residents to exercise their franchise and vote freely.

“We have more than enough security for this area. I think everything is going on well,’’ Olusanya said.

“Everywhere is orderly, the INEC staff are on ground, I see the COVID-19 protocols are being adhered to,’’ he said.

The lawmaker urged the electorate to exercise their franchise freely and be hopeful that the winner of the polls would make the coming years more fruitful for everyone.

“I am actually surprised that they started voting very early, I am also very happy that it has been peaceful;, the ambience is calm, peaceful and the people are smiling, they are happy to vote.

“Generally that sense of calmnesss is what we expected and that is what we are seeing on ground,” Olusanya said.