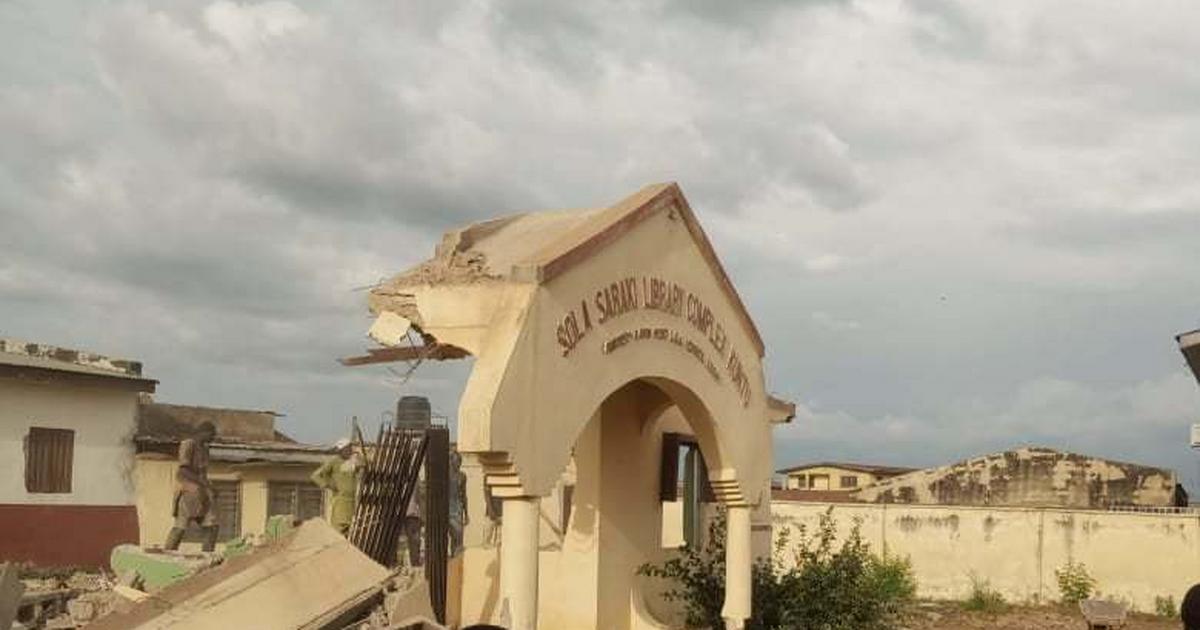 Reacting to the development, former President of the Senate, Dr. Abubakar Bukola Saraki, expressed his displeasure and shock at the decision of the governor to destroy the library, which is owned by Ilorin West LGA in Kwara State, and which was named after the late Dr. Saraki for many years.

“Wow! I just got the news that the major official assignment carried out by the governor of my state, Kwara, today, is the demolition of an old public library named after my late dad, Dr. Olusola Saraki,” Saraki tweeted on Tuesday.

“May Almighty Allah continue to retain a place for Oloye in Aljannah Firdaus,” the former Governor of Kwara added.

Saraki’s sister and Minister of State for Transportation, Gbemisola Saraki said: “Yet again, today we find that the Governor of Kwara State’s focus is not on building up Kwara, but on demolishing buildings which were owned or named after my late father the Waziri of Ilorin.

“No matter how many structures are demolished, Baba Saraki’s legacy can never be destroyed, because it lives in the hearts and minds of the great people of Kwara.

“May Allah continue to guide and protect us all. Aamin.”

It is not the first time Governor Abdulrahman would be demolishing a property belonging to the Sarakis.

In 2021, the Kwara Government evicted the Abubakar Bukola Saraki (ABS) football club from the stadium complex in Ilorin.

Current Kwara Governor Abdulrahman is a member of the APC, the political party which controls the center in Nigeria.

Saraki defected from the APC to the opposition PDP in 2018 and lost his re-election bid to the senate afterwards.

He alleged political persecution before his defection to the PDP.