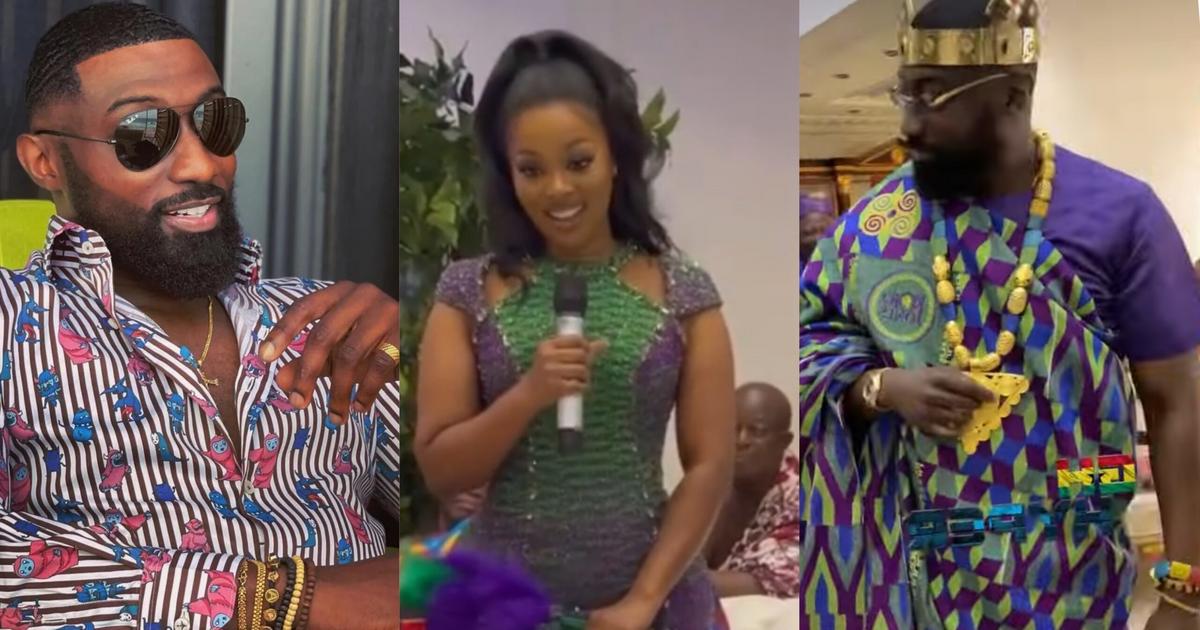 The traditional wedding between Kojo Jones and Rachael Jones took place in the capital of the Ashanti Region, Kumasi, with much pomp and display today.

Reports suggest his wife, Rachael Jones, who is from a royal family, is working in one of his companies.

Who is Kojo Jones?

Kojo, who is a young millionaire, has established himself in Ghana’s business space with numerous enterprises.

The resources available to him saw him transport a fleet of expensive cars on his way from Accra to Kumasi for the weeding.

With more than a decade of experience in construction, design, and global real estate development, Kojo has established himself as a business mogul with unmatched success.

His business portfolios are not only in Ghana but some are thriving in the U.K.

As the step-son of the late David Lamptey, who was a Member of Parliament for Korle Klottey constituency on the ticket of the National Democratic Congress (NDC), Kojo has leveraged on his father’s foundation to build a formidable business empire.

Mr Lamptey was the owner of radio XYZ. He died in 2012, leaving behind 8 children.