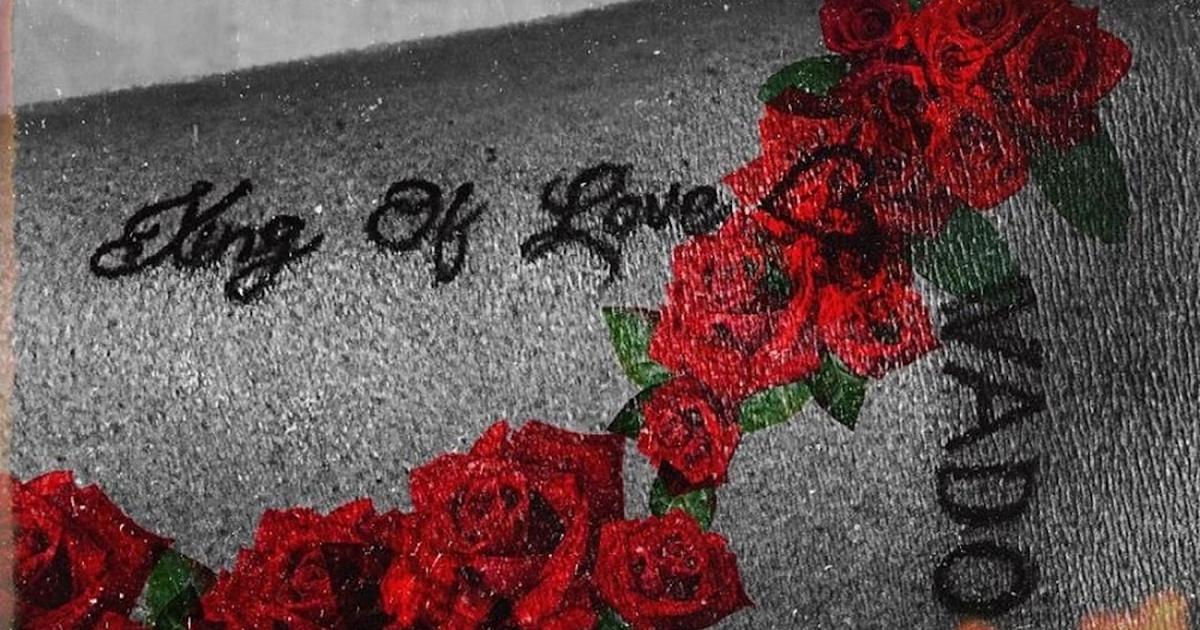 New Era housed the musings of youth with a core appeal to women. No Bad Songs was a balancing act which diluted and increased the appeal to involve more men. Released on June 25, 2020, King of Love is the offering of a resilient generational talent, emblazoned with a conspicuous manifesto, ‘I’m going nowhere, na here we gather dey…’

While some of his fellow stars continually struggle to hold on to their track record of excellence, Vado has only gone from strength to strength. Some might have expected him to slow down, but every year births new successes for a man with vocals that combine elements of an Ijala singer with the range of an Apala or Fuji singer.

King of Love is a well-curated Afro-pop album for different Nigerian scenarios and emotions; wedding and love, gratitude and party, vanity and braggadocio, pettiness and anger. The relatability of the topics on this album also level the playing field – your social standing in life is not an impediment to your listening experience. The album also commendably experiments as necessary.

King of Love has been out for 48 hours and the music slaps with the intensity of Yoruba mother’s palm, but there is also that worrying dose of charming, yet occasionally insufferable familiarity, sprinkled across the album like the final bit of yam flour as the amala veers ever so close to the stomach. It feels like we’ve heard everything on this album before.

‘Jaho’ is the Tungba-inspired sound that could easily soundtrack a Yoruba Nollywood movie. With great percussion, Kizz Daniel prays God for grace to rise even higher. The Yinka Ayefele-esque Tungba fiesta continues on 2019 hit, ‘Pak N Go’ which sees Kizz Daniel distance himself from problematic, insufferable women. DJ Coublon, take a bow for this percussion… Lord!

‘Ada’ is another DJ Coublon mastery in South-Eastern Hi-Pop on which Kizz Daniel tells the story of his readiness to be in love and probably get married to a faceless Ada. While this song could be a hit at Nigerian weddings, a Flavour feature would have taken it to another level of appeal.

‘Boys Are Bad’ is built on Wizkid/Runtown-esque vibes with a smitten Kizz Daniel spilling his guts… awwwn. The Hi-life beauty of ‘We Wan Comot’ jumps on a listener with the potency of COVID-19, but without the mortality. In place of the mortality is an enjoyability underscored by Kizz Daniel’s ad lib that starts at 00:40. What an amazing song.

‘Aii’ is yet another smashing song which is destined to be a hit with the women. It is an honest, well-written call-to-action that is also the weakest of the opening songs. The opening 20 second of ‘Need Somebody’ is filled with meaningless, yet eclectic vibes that I sarcastically refer to as ‘poetry.’ Oh, this is so beautiful. Kizz Daniel, ye beauty!

On Afro-swing, a vulnerable Kizz Daniel appeals to masculine sentiment at vulnerable times. ‘Need To Steal’ is a guitar-based sentimental ballad; a sonic experiment and well-written tale of a vulnerable man in love. He is willing to do anything to please his insufferable partner. In a bid to make her happy, he goes to rob a store and accidentally shoots a man. He gets caught.

‘Chek’ sees Kizz Daniel embody a smitten man who lustfully describes his woman’s features and his sexual appetite. With the Ghanaian origins of this sound, Kizz should have put a Ghanaian rapper on this. ’Yapa’ is this writer’s favourite song on King of Love – take a bow, QaseBeats.

Kizz Daniel was sweet until this point. He embodies a man with a harem of women, willing to do his bidding at a moment’s notice. The folksy ‘Fvck You’ was one of the biggest Nigerian songs of 2019. In the wake of cheating, Kizz Daniel’s character is vindictive, petty and enraged. Some call it slutshaming, but let’s be serious, plis dears.

The Bachata/AfroR&B tune of ‘Chana’ provides balance for this album – what an amazing song and rendition of solemn promises. “With you, I’m superman, every other girl zoom zoom…” are the kind of words any man would like to say and genuinely mean at some point in his life. AfroR&B continues on the wistful ‘Pipa’ which extends the love beyond women and love interests, to family.

‘Hook’ is a worthy culmination of a good album. Another melody of Ghanaian origin, it sees an almost cocky Kizz Daniel rightly flex his talent like well-built muscle as he raps and freestyle his way into a beautiful song.

King of Love is the best Afro-pop album that Nigerian music has seen in 2020 – it’s even more impressive that it was created by one of the mainstays of an evolving, risque and unpredictable industry and soundscape.

Daniel also excels at creative songwriting that combines resonant storytelling with enjoyable Afro-pop delivery and his ever-improving use of deft adlibs. His creative excellence also includes his unique song titles – something that he has always been good at.

Titles like ‘Chek,’ ‘Pipa,’ ‘Chana,’ ‘Jaho,’ ‘Aii,’ and ‘Hook’ are birthed off ad libs and they exhibit the creative freedom of a man in his element. Nonetheless, across this album is an apparent hubris that Kizz Daniel has been running with; a tendency to get overconfident and leave one or two fillers on his albums.

At 17 tracks, King of Love could have done without three or four tracks – not because they’re bad, but because length exposes hidden weaknesses like sonic/stylistic similarities in the songs on King of Love. These weaknesses make a listener grow slight, subconscious weariness.

Good albums serve enjoyability that forces listeners to have favourite songs, but exceptional albums force listeners to wholly listen to them over and again. King of Love could have walked into the realms of greatness without the fillers that exposes weaknesses in Kizz’s artistic armoury and forces a listener to have favourites.

In the same vein, King of Love might be an aesthetically pleasing album title, but it’s an insufficient description for an album with a wider spectrum of discussions beyond just love. At times, Kizz Daniel is a Yoruba demon, and other times, he’s angry and petty.

Nonetheless, Kizz Daniel and his A&Rs deserve incredible credit for the things they got right – that includes the track list which sells sonic and topical cohesion and progression as well as Kizz Daniel’s decision to have no features.

If we’re ready for shows by December, Kizz Daniel will have a smashing show.