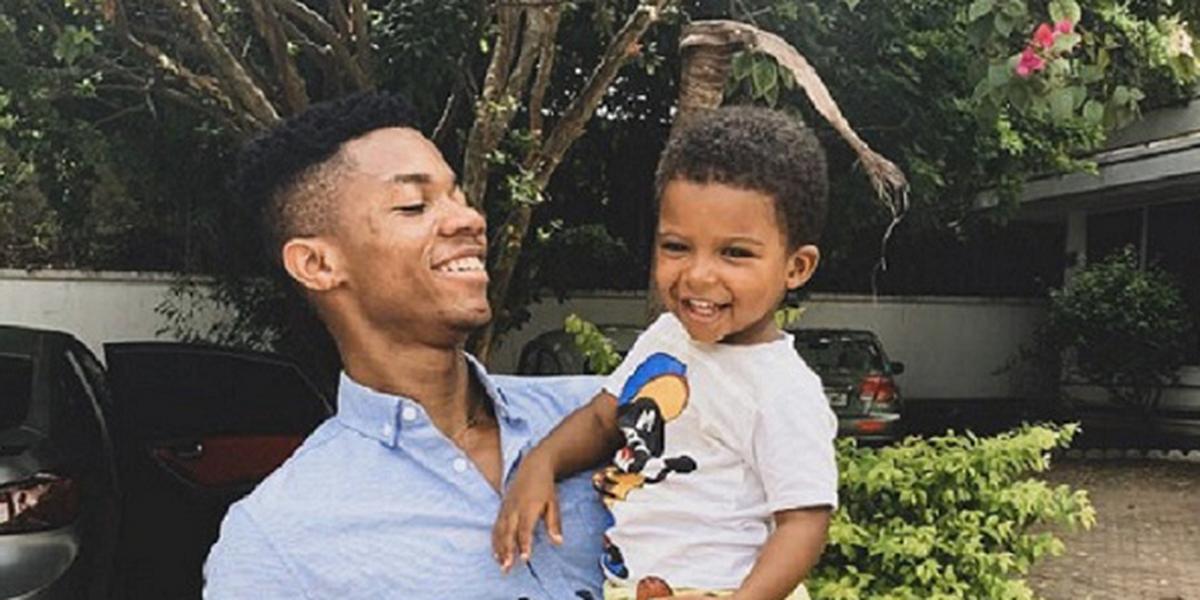 This time, while taking his son on a ride, he played the first track off his latest album, “Golden Boy,” and as soon as Zayn heard his name in the song, he screamed out of joy. His reaction gave us the chills.

Zayn was, however, disappointed when he realised that the song is called “Golden Boy” but he didn’t have ‘golden hair’ like his daddy. “Ei, so, me and you are golden boys? But I don’t have golden hair,” he said in a sad tone.

The video triggered the emotions of his follows, including fellow celebrities.

In 2019, the singer revealed why he kept his son out of the public space for three years.

He indicated that he kept this part of his life out of the public’s eye because he was not mentally ready for judgmental Ghanaians.

Speaking on 3FM, the highlife singer revealed he bore his son when he was 23 years, however, he feared his private life would be the talk of the town.

KiDi added that he feared public criticisms would break him if the news of him not being together with his baby’s mother got out.