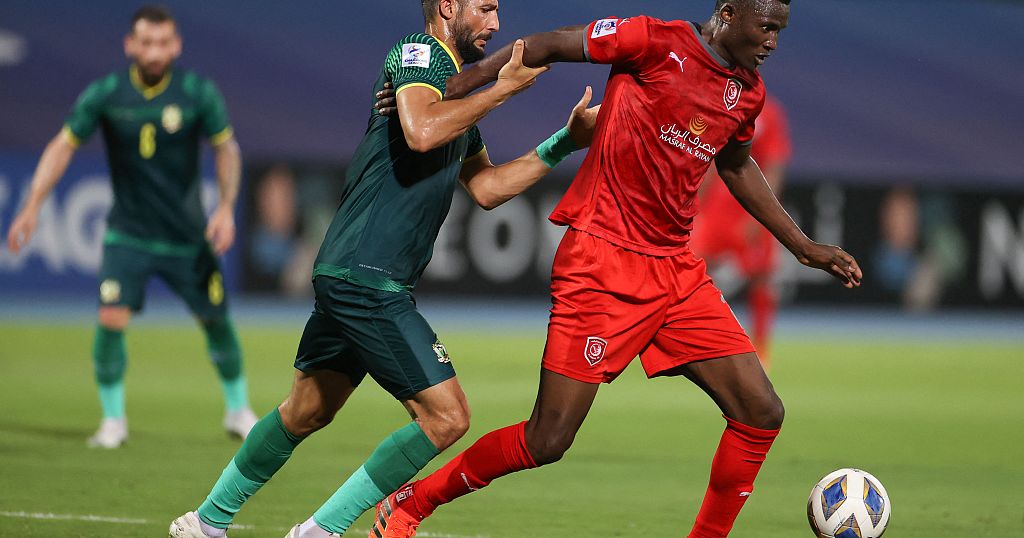 With this result, the Qatari side climbs to the top of the table, with the Iranians trailing by one point in second place.

Olunga tapped in following Mohammad Mazaheri’s save from an Edmilson Junior shot in the 10th minute, to level the score.

17 minutes later, he took advantage of a blunder by Esteghlal’s defense to give al Duhail the lead with a left-footed finish.

Former Mali International Cheick Diabate was quick to restore parity for the visitors by scoring from an Amir Motahari assist in the 34th minute before the Qatari club took the lead again courtesy of Abdullah Abdulsalam, two minutes to the close of the first half.

The goals kept coming as Esteghlal equalized through a corner kick before the former Kashiwa Reysol man wrapped up the game with another left-footed finish, five minutes to the stroke of time.

This is Olunga’s second hat-trick this year, having starred in Al Duhail’s 6-0 win against Al Ahli in Qatar’s Emir Cup.