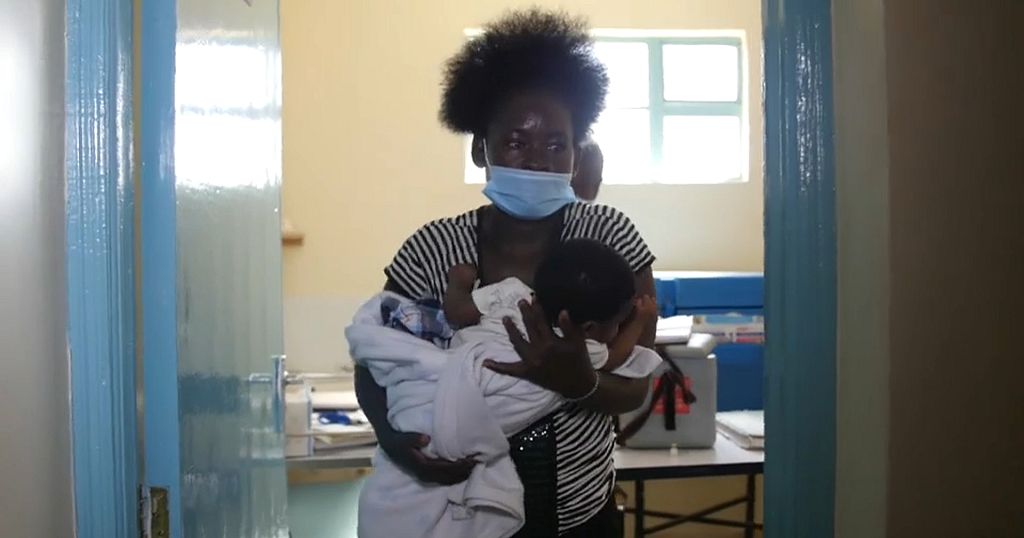 In the year 2018, the government of Kenya launched a Universal Health Coverage scheme (UHC) that will allow any Kenyans to access quality health services without suffering financial hardship.

For two years, the government ran a pilot on the affordable health insurance scheme in four counties of the 47 in the East African nation, in order to assess its use and implementation.

Among the highest services sought after with this card is the maternal health cover, the Linda Mama cover.

“The idea (UHC) came earlier, as early as 2016 but was launched officially in 2018 by the Kenyan President Uhuru Kenyatta. UHC basically started with the Linda Mama cover, this was an idea of the president to make sure that women are able to deliver without any difficulties. This is basically to ensure that we reduce maternal mortality” says Dr. Thomas Ogaro, Head of the UHC Secretariat Nairobi Metropolitan Service.

During the pilot, the UHC card was being used and the services were approved free but authorities say what was learned is that they may not be sustainable.

“But now what we are rolling out is the registration of poor and vulnerable population who are unable to access so that we are able to give them insurance subsidy. And this insurance subsidy will be through our National Hospital Insurance Fund (NHIF). ” explains Dr. Ogaro.

When the UHC was finally rolled out in 2020, it was merged with the existing National Health Insurance Fund (NHIF) card with the ‘Linda Mama’ being the only new free card introduced.

‘Linda Mama’ is a free health insurance cover that is especially targeting women in Kenyan slums and rural areas. It is meant for the women that can’t afford the NHIF card which goes for less than 5dollars a month. It covers the pregnancy and expires three months after delivery.

Dr. Thomas Ogaro tell us more. “Linda mama is just for that period of that pregnancy. It covers the pregnancy and delivery and the child post-natal for upto a certain level, immunization I think, the most important I think it is just delivery. Post-natal for a very short time until the immunization is complete”.

Linda Mama cover which can be accessed in all public hospitals, some charity and faith based organizations, or even registered on the phone through short code *263# has seen a rise in women giving birth in the hospital, with a high number forgoing the common cheap alternative of using traditional midwives or the risky option of birthing at home.

Some slum residents already have started to benefit from this.

“I got my baby on the 7th of December 2020… I delivered in Pumwani Maternity hospital. It was good. I used the Linda mama cover. And there were no extra charges. I registered when at nine months pregnant. I have been coming here for my clinics.” says new Mom Maureen Adhiambo from the Mareba slum.

Felista Mbithe from the Lunga Slum says she wouldn’t have afforded the hospital if not for Linda Mama. “Someone explained to me about Linda mama, and that is what I am using here… because my husband doesn’t have the NHIF card. We have no money. This card is really helping us, women”.

And there are many expectant mothers as well. “I would have struggled without Linda Mama. I would have had to look for a traditional midwife.” Feddie Mercy Muteti explained.

But Linda mama has its own challenges. Dr. Ogaro shares some of the challenges with us.

“Some of the clients don’t trust our services which are quality, until they access them and see.. you find sometimes delayed reimbursement from the facility. So the facility makes the claims and the pay is delayed, but finally we pay”

Kenyan women are not only ignorant of the free service, but a good number especially from vulnerable backgrounds don’t go for clinics before delivery.

“Most women they do not have access to information about pregnancy and maternal care services. Secondly, poverty is a major issue normally for these women that keeps them from seeking proper medical. And most of the government hospitals have no functional equipment to provide proper tests like scans that these women need. It makes it hard for women during delivery leading to death or other complications.” the Director of the Kenya Association For Maternal and NeoNatal health Richard Karori says.

According to research done in 2020 by a local Kenyan non-profit working with young urban women, Africa Youth Trust, young women in Nairobi and Mombasa slums complain of the extra charges that they incur during delivery like buying supplies etc.

The Linda mama only covers complications related to pregnancy but other problems such as car accidents or diseases unrelated to pregnancy are not covered. One of its biggest challenge is the need for an identity card to access the services has blocked teenage girls from accessing the cover. And although women can use the cover in all public health centres, some charity and faith based health facilities it is difficult for private hospitals to take up the cover. Which is important considering that the government facilities are not sufficient for the country’s population.

The government of Kenya has taken great strides in ensuring quality free maternity services reaches even the poorest in the country and a reduction of maternal mortality rate has been experienced already.

The challenges remain in enhancing the quality of services provided by the public hospital and providing civic education on maternal care and free cover. However, Kenya seems apace with its mission to provide universal health coverage for its people by 2022.

Nigeria: At least one dead, as police shoots at people during reunification