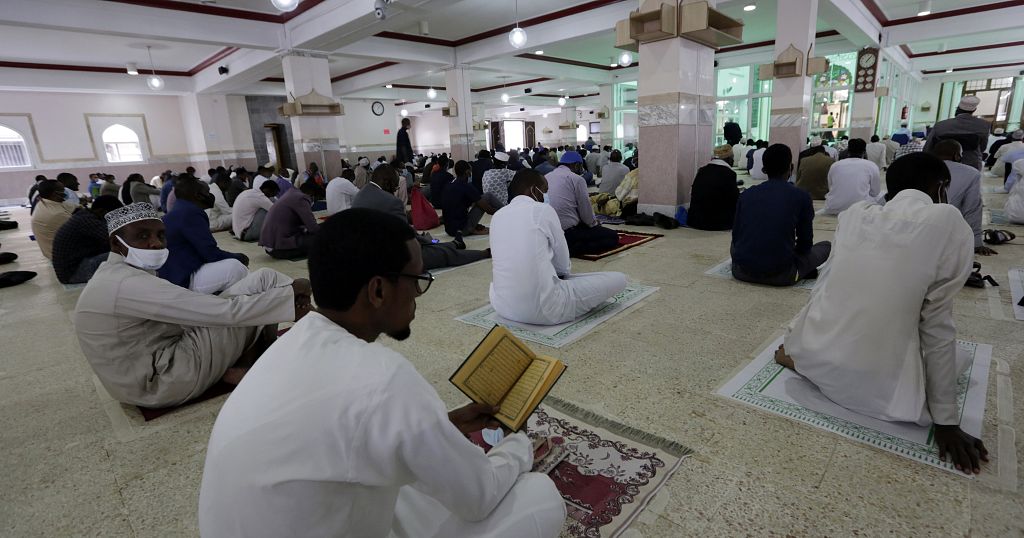 Most muslims in the world are entering the holy month of Ramadan this Saturday, April 2. Including in Kenya where worshippers gathered in numbers at the jamia mosque in Nairobi ahead of the religious holiday on Friday, April 1.

Islam is a minority religion in Kenya representing approximately 10% of its population. But according to Ustadh Hassan Ali Amin, chairman of the Council of Imams and Preachers of Kenya, the religion is on the rise: “Islam is on the rise not only here in Africa or Kenya, but generally in the world, due to some major contributing factors. One of them is propagation; second teaching; third, people have now entered into the tendency of wanting to know more about Islam through social media and other stuff, IT in general. And also, exposure. Our Ulamas (Muslim scholars) and our leaders are really trying hard to open up for the people to understand more .”

Commonly a time of celebrations and large gatherings, Ramanda has been overshadowed by the rise of food products and other essentials amidst the global pandemic and the War in Ukraine, nevertheless, this period of spiritual reflection sets a place for hope. “Those who could have bought once are struggling with the new rise during Ramadan, says Fatuma Abdi, a marker seller in Nairobi, But we are still hoping that during Ramadan we will get more customers.”

Dedicated to daytime fasting, the holy month will end with the traditional Eid al-Fitr, a celebration where muslims usually exchange sweet food and presents.