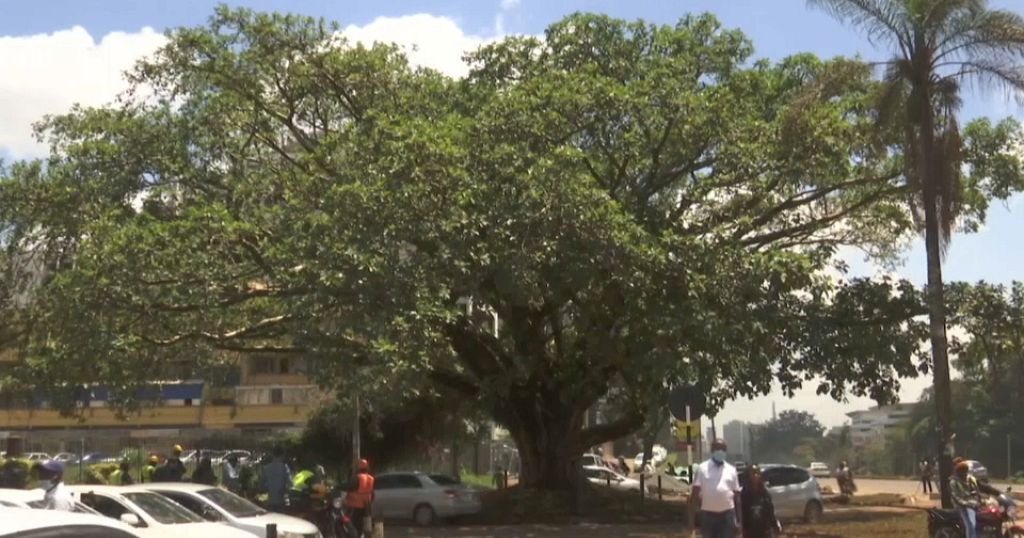 A sacred tree in the heart of the Kenyan capital Nairobi has been spared by a presidential decree. On Thursday, President Uhuru Kenyatta spared the century road fig tree, locally called the ‘Mugumo’, as part of the nation’s national heritage.

The tree had been marked for cutting down to make way for a highway to ease congestion in the city, but environmentalists and tree lovers protested.

It was then due to be uprooted and later translocated to a safer environment, but the public outcry continued until the presidential decree to spare it was ordered on Thursday.

Elizabeth Wathuti is Head of Campaigns and Daima Consortium Coordinator at the Wangari Maathai Foundation.

“This fig tree is very significant because, number one, it represents a culture, it represents our cultural heritage as a country. And the second thing is that it’s symbolic of all our green spaces because this particular fig tree is valued in our communities right now because number one there are some superstitions around the fig tree that when the fig tree is cut, something bad is going to happen. So, as a country right now, we should be focusing on protecting and preserving our green spaces right now”, she said.

Wilson Ireri, a Nairobi resident and member of the Kikuyu tribe, said prayers at the base of the tree often provided rain during dry spells.