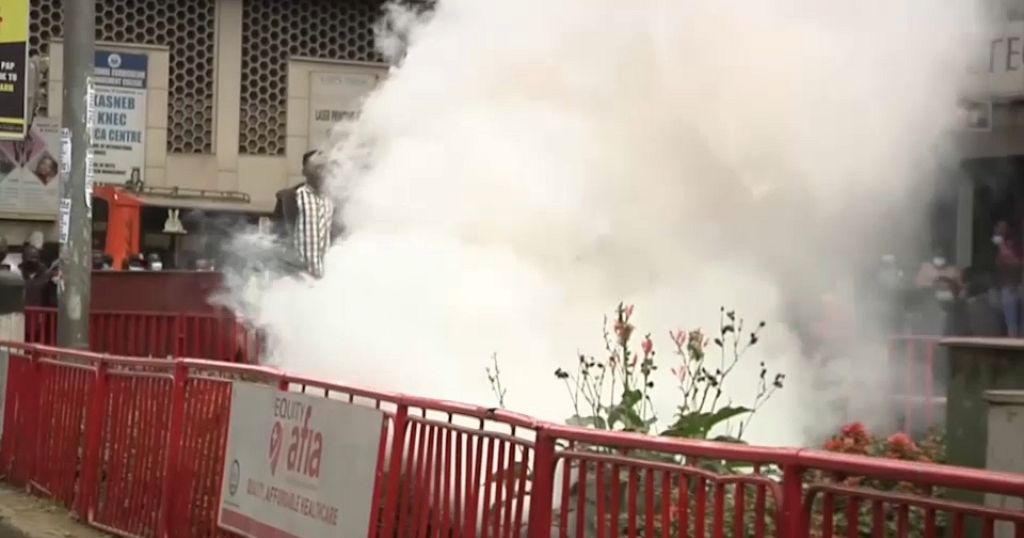 Dozens of angry protesters clashed with police in the Kenyan capital of Nairobi on Wednesday as they demanded an end to lockdowns and curfews put in place to combat the spread of the coronavirus.

Demonstrators also called for an end to what they say has been “police brutality” in the country, particularly towards younger people.

“We are here to talk about our youth the way they have been murdered, the way they are suffering,” protester Jane Atieno said.

Police responded to the demonstrations by shooting live bullets into the air and throwing tear gas. Officers also made several arrests.

Kenyan authorities have currently imposed a nationwide curfew from 22:00 until 0400 local time until at least July 27 as part of its restrictions to combat COVID-19.

Internal travel to parts of western Kenya has also been banned until at least July 27 while public gatherings are currently prohibited.

On July 7, 1990, Kenyans took to the streets to demand free elections. The politicians who had called for the protests, Kenneth Matiba and Charles Rubia, were arrested days before the protest day. Other organisers of the day such as Njeru Gathangu, George Anyona, Raila Odinga etc were beaten up and detained during the administration of former President Daniel arap Moi.

Wednesday’s protest was also to mark the 31st Saba Saba, marked on July 7 every year.

In present day Kenya, Saba Saba has taken on a new meaning, with human rights defenders (HRDs) and civil society organisations asking for respect of the constitution, an end to police brutality and killings, and advocating for a favourable legal and policy environment in Kenya.

Toke Makinwa says no one is feeding her, reacts to bashing over Kelly Clarkson’s divorce