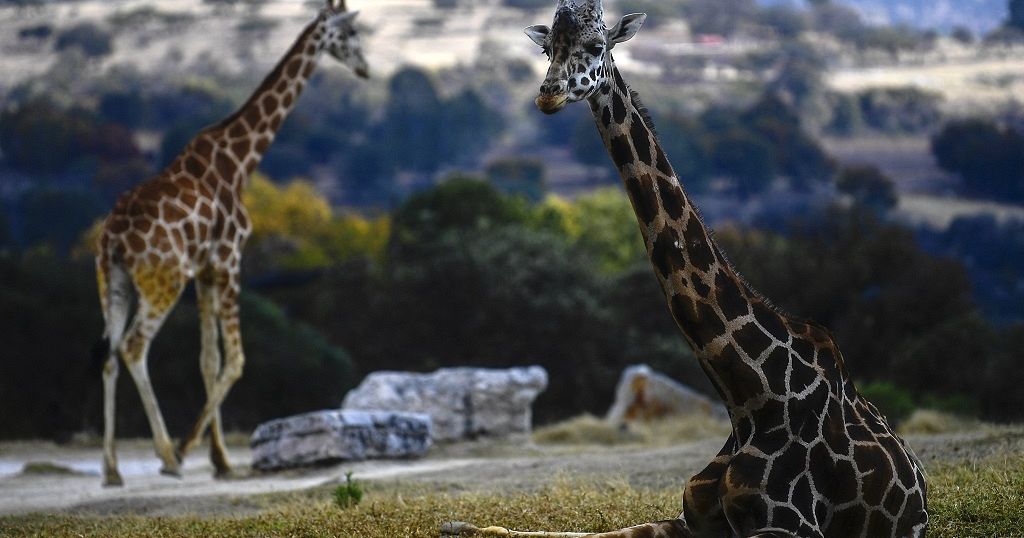 Rescue mission accomplished as the last of the nine endangered Rothschild’s giraffes has been transported from the flooded Longicharo Island near Lake Baringo in Western Kenya to a nearby nature preserve on custom-made steel that is part of the Ruko Community.

Reby Sebei, the manager of the Ruko Community Conservancy, briefly outlines how huge the rescue operation has been.

“Last year was our first translocation, that is the 3rd of December 2020. It’s been a five months process, and I’m happy that today we have finished translocating the nine giraffes successfully.”

The giraffes had been sent to the remote Kenyan Rift Valley in 2011 both in anti-poaching protection efforts and to encourage births among the subspecies’ population.

Sebei shares her hopes for the future of the nine giraffes who are now safe and sound in their new home.

“We have a 17-kilometre square sanctuary, it’s a bigger space for the nine giraffes. We anticipate maybe in the near 2-3 years the giraffes will multiply. We can see the first giraffe which was translocated on 3rd (December), you can see very big changes in terms of body, health…”

Habitat loss and poaching have seen Africa’s giraffe population decline over the last few decades — with the Rothschild’s subspecies at a higher risk of extinction as there are fewer than 3,000 left on the continent today with around 1600 in the wild and 800 in Kenya.