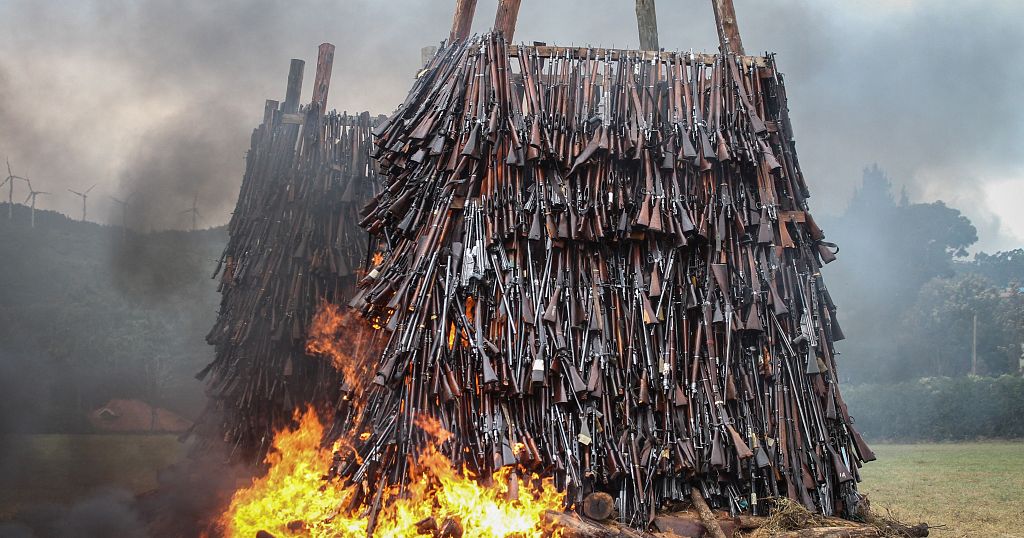 The Kenyan President Uhuru Kenyatta on Wednesday presided over the burning of 5,144 illegal firearms and obsolete state-owned small arms and light weapons at the Regional Traffic Police Training Centre in Ngong, Kajiado County.

He further called on those making homemade guns to join the newly built government facility that produces guns.

“This is to those making illegal guns, come we make legal money and jobs. Come forward and declare you can make a gun and you will get a job. Don’t wait for the police to come for you,” Uhuru said.

Kenyatta reiterated Kenya’s effort to collect illicit guns goes in hand with the African Union’s theme to silence guns in Africa by 2020.

The leader further called for peaceful resolution of conflicts through dialogue, urging that Kenya’s government will engage all citizens in such endeavors.

Kenya in April opened a new government small arms factory that will allow it to produce high-quality weapons in the region.