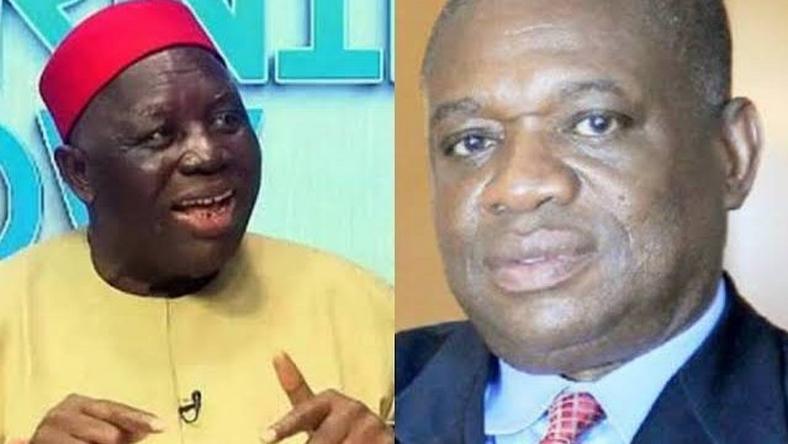 Kalu, a former governor of Abia, made his position known in a statement issued in Abuja on Sunday by Mr Emeka Nwala, his Special Assistant and Head of Administration, Office of the Chief Whip.

He said that he had made wide consultations with the Minister of Labour and Employment, Sen. Chris Ngige and the Minister of Science and Technology, Dr Ogbonnaya Onu as well as the Enugu and Ebonyi governors, Ifeanyi Ugwuanyi and Dave Umahi.

Kalu also listed the governors of Anambra and Imo states, Chief Willie Obiano and Sen. Hope Uzodinma among those he had consulted with.

He said he had equally reached out to a former Deputy Senate President, Sen. Ike Ekweremadu and a former Secretary to the Government of the Federation, Sen. Anyim Pius Anyim to get support for Obiozor’s candidature.

Others, according to him, are and the Deputy Chief Whip of the House of Representatives, Mrs Nkiru Onyejeocha, Ben Obi and other Igbo leaders in the National Assembly.

He said that Ohanaeze Ndigbo needed a non-partisan technocrat to steer its ship, stressing that Obiozor possessed all the qualities needed to revive the apex Igbo socio-cultural organisation.

“Ohanaeze is the authentic voice of the Igbo, which has been speaking for and representing the interest of Ndigbo since its inception in 1976.

“It is expected to be non-partisan. Therefore, we need a leadership that can rightly define and defend the interests of the Ndigbo.

“I have known Obiozor long time ago and I am confident that he will competently lead an active, mature, hardworking and viable Ohanaeze Ndigbo,” he said.

Kalu also urged all the delegates from Abia to vote for the former envoy for the betterment of the organisation and the growth of Ndigbo.