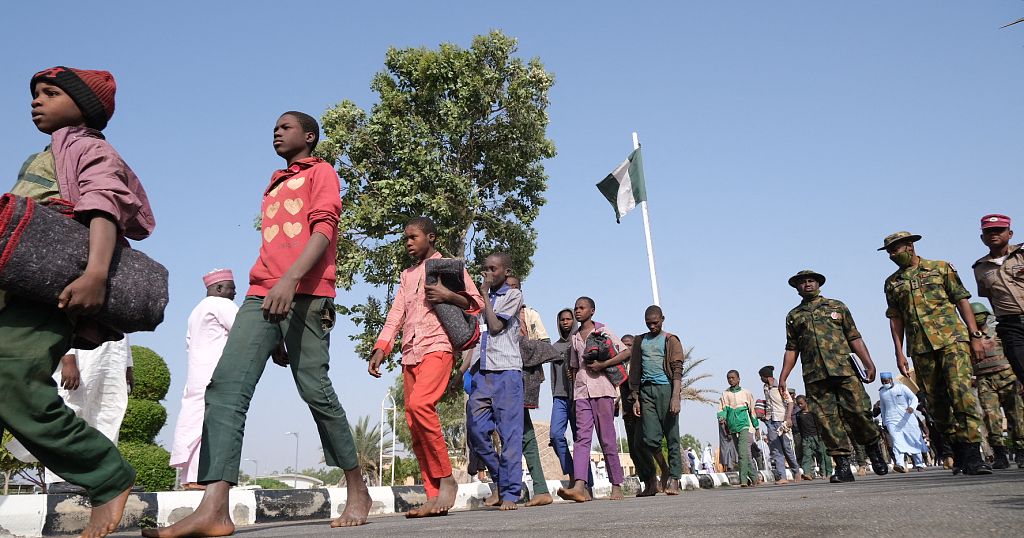 Nigeria said Thursday it had sent special police units to go after gunmen who kidnapped several dozens of students in an attack on a school on Monday morning.

140 students were abducted in the attack on Bethel Secondary School in Kaduna state.

A spate of kidnappings has hit Nigeria’s central and northern states, with authorities blaming bandits.

The kidnappers often ask for payment in exchange for the freedom of their captives.

Some of the states worst-hit by kidnappings include Zamfara, Katsina, Niger, Sokoto, and Kaduna.

Appearing on Euronews World on Tuesday, Africanews journalist Ronald Kato said that the Nigerian government had not presented a plan to deal with the gangs.

“While there seems to be a strategy by the central government in Abuja to deal with, you know, an insurgency in the northeast and one that’s growing in the southeast, there doesn’t appear to be a strategy to deal with these criminal gangs that stage not just kidnappings, but also raid villages to steal livestock,”, Kato said.

President Muhammadu Buhari has come under heavy criticism for his worsening security record.

Armed violence in the northeast and southeast, as wells as kidnappings in the north and central regions, have prompted calls for Buhari to resign, criticism that the Nigerian government has dismissed.

Watch Ronald Kato’s interview with Euronews in the player above