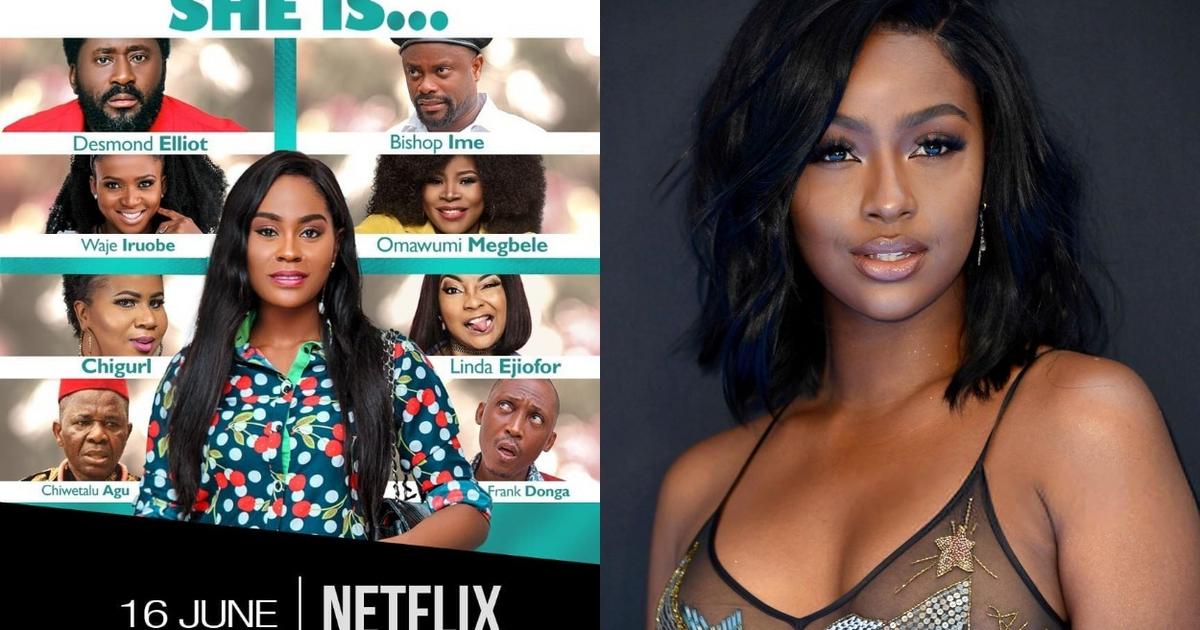 The 2019 romantic comedy starring Somkele Iyamah Idhalama has been called out by American singer, Justine Skye for an embarrassing blooper.

Skye took to Twitter on June 23 to question the photoshopping her face to a character featured in one of the movie’s scenes.

“This is in a whole MOVIE!? Somebody photoshopped my face onto a photo in a movie!? MAKE IT MAKE SENSE“, Skye tweeted.

In the infamous scene, Skye is seen in a framed photograph with star actor, Desmond Elliot who plays a widowed doctor.

Since its June 16 Netflix premiere, the movie has received impressive reviews and a number one spot on the US streaming platform. It is however unclear how the latest call out will affect the film’s reception. Hermanes Media, the film’s production company, are yet to address the latest accusation.

An interesting bit to know about the Nollywood romantic comedy is that it is singers, Omawumi and Waje’s film production debut.