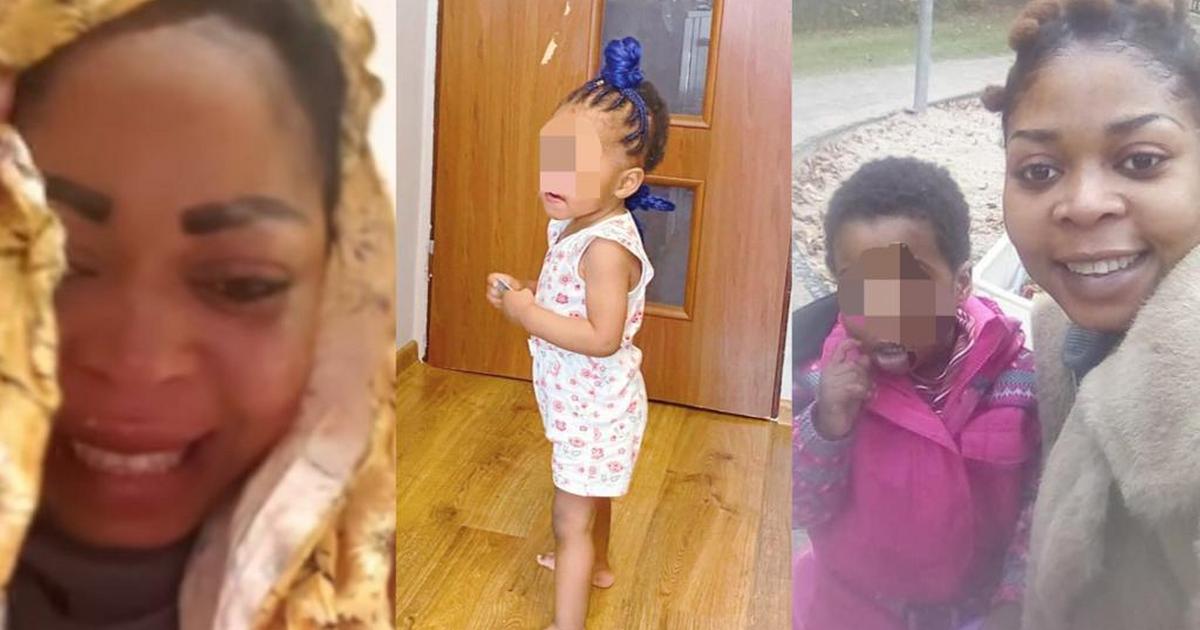 According to the controversial Ghanaian socialite, who once opened up about suffering from bipolar and love disorder, the German authorities will give her children up for adoption.

“They said to me that they haven’t seen anyone with depression who got better…..They have finally taken the last decision to give my son for permanent adoption…..how can I sleep watching another woman walk away with my child…….I couldn’t fight Ghana government for my freedom is it in Germany that I can win a fight against Germans????,” she said in a Facebook post.

She continued that “HIV/AIDS led to depression, Depression led to a psychiatric hospital, hospital admissions led to losing my child………I cannot survive losing my child. My bed is wet with tears. I can’t sleep”

“God, why did you create me? Mama, why did you give birth to me? Festus, why did you infect me with HIV? Ghana AIDS commission why did you use me, abandoned me to die in pain? Ghanaians why can’t you remember anything good I have done for your children?” she concluded in the Facebook post that came with photos of her two children.

In another post she shared last night, she wrote “I recorded this HIV/AIDS song one month ago, preparing to launch it for my “Stop AIDS” project but where is my strength now? I got medication to treat my HIV but why didn’t they produce medication for Stigma, discrimination and rejection? HIV doesn’t kill but HIV provides stigma to kill“.

According to Joyce, the authorities also came to pick her daughter. “Aww Bella too is Gone. They came for Bella this morning,” she captioned the post below.

In June this year, tested positive for HIV on live TV after confidently claiming that she is negative.

The former HIV/AIDs Ambassador, shocked Ghanaians when she came out a few years ago to allege that she wasn’t HIV positive but connived with the Ghana AIDS Commission to become an ambassador for HIV.

According to her, she chose to do the test live on TV because of news speculating about the HIV status of her children coupled with attacks she has been facing from some members in the political circles about her HIV status claims.

Joyce’s bold decision saw her going through the test process in a live stream and when her result was read, it came out that she is indeed HIV/AIDS positive. Watch the video below.