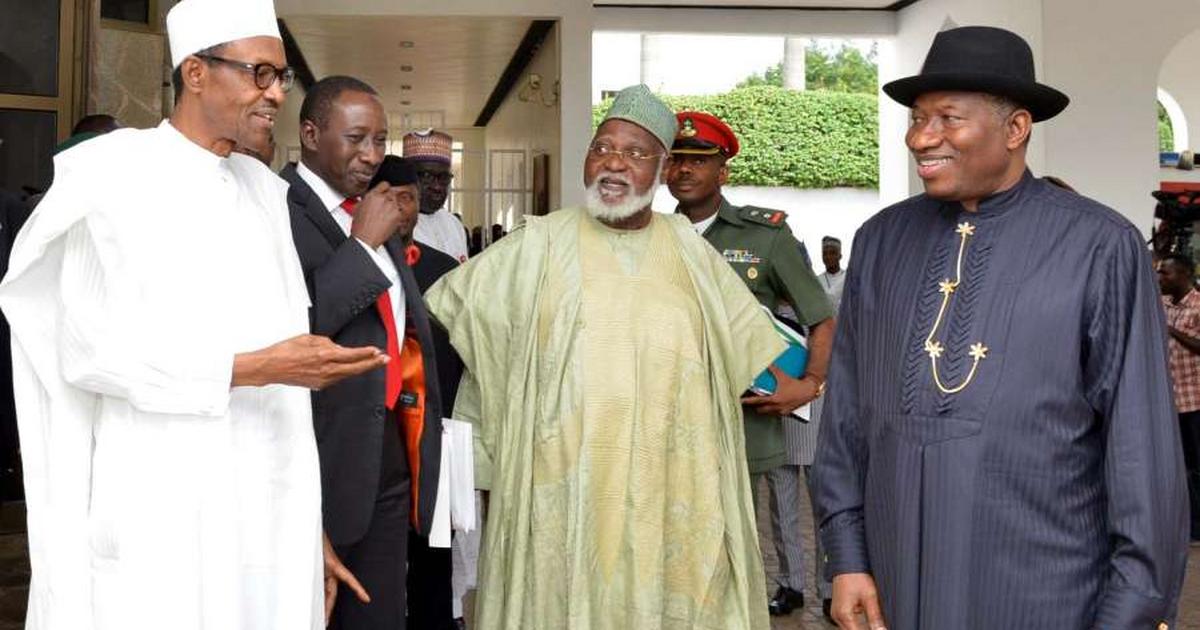 It would be recalled that Jonathan put a call through to Buhari to congratulate him on winning the election after it was clear from the results announced by the Independent National Electoral Commission (INEC) that he’d become his successor.

While responding to questions in a recent interview with Daily Trust, Abubakar said that Jonathan took the decision despite immense pressure from his own party, the Peoples’ Democratic Party (PDP) not to concede.

“On his own he conceded the situation and despite the pressure from his own party not to concede, he conceded defeat and called President Buhari to say “Your Excellency congratulations, I think you have won squarely I congratulate you; you are going to be the next president of this country”, he said.

The elderstatesman further expressed his disappointments that the role Jonathan played to rescue the country from the looming political logjam at the time is not being appreciated enough.

Abubakar added that it will be unfair to the former President if anyone credits his concession to pressure from foreign countries and the Peace Committee.

“So I think Jonathan’s role is being underestimated and credit is not given to him as it should be. I confirm here, it was neither pressure from the peace committee, nor from the international community, it was out of his volition, it was out of his love for peace and progress of this country, that he conceded”

“I think whoever is telling stories of the pressure from foreign countries and the peace committee on Jonathan to concede, is not being fair to him. I think President Jonathan deserves all commendation for what he has done to save this country from further political logjam,he concluded.

The National Economic Council had recently recommended that fuel price be pegged at N302 per litre, a move Abubakar believes would impose further hardship on poor Nigerians.