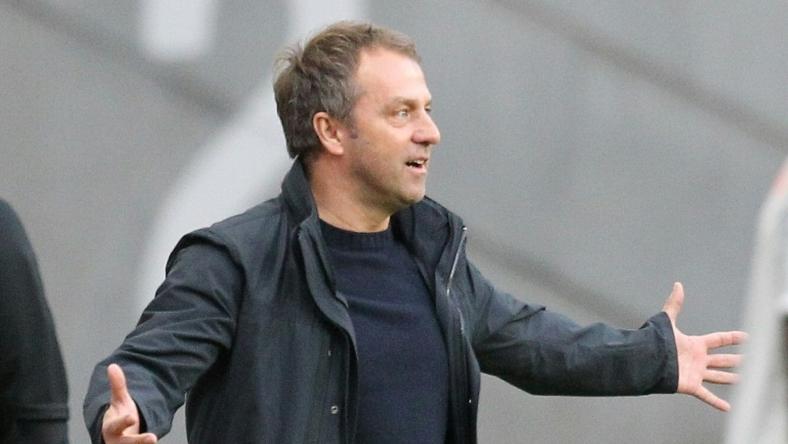 The reigning European champions crashed to a 2-1 league defeat at Eintracht Frankfurt on Saturday, having already been held to a 3-3 home draw by strugglers Arminia Bielefeld last Monday.

Bayern’s commanding lead in the Bundesliga has been slashed from seven points in early February to just two after second-placed Leipzig’s 3-0 win at Hertha Berlin on Sunday.

Their defence remains a cause for concern having conceded 31 goals after 22 league games — their worst record at the back for 29 years.

The Bavarians have looked fatigued since winning the Club World Cup in Qatar 11 days ago.

Over the weekend, chairman Karl-Heinz Rummenigge took a swipe at the team’s poor form.

“We sometimes only put in the effort over the last few metres,” he added after Bayern had found themselves 2-0 down against both Frankfurt and Bielefeld.

“That (dropping five points) is unusual for FC Bayern and not what we had in mind.”

The strength in depth of Bayern’s bumper squad has been severely tested since their Qatar sojourn.

Defender Benjamin Pavard and Thomas Mueller have been sidelined after testing positive for Covid-19.

Midfielder Corentin Tolisso is expected to be out for months after surgery on an injured thigh, while winger Serge Gnabry is struggling to recover in time to face Lazio after also suffering a thigh problem.

Mueller’s understudy Eric Maxim Choupo-Moting has struggled to provide Lewandowski with the sort of service Bayern’s top-scorer is used to.

“We have had a few turbulent days, you must not forget that,” said coach Hansi Flick.

Bayern are struggling to cope with their condensed fixture list, having played 12 matches already in 2021.

“The whole season is exhausting,” Rummenigge admitted. “The team plays every third day and, of course, the players are stressed.”

A shock German Cup defeat in a penalty shoot-out at second-tier Holstein Kiel in January means Bayern can not repeat last season’s treble.

To defend their Bundesliga and Champions League titles, Bayern need to get their season back on track, starting with Lazio.

Leroy Sane has so far failed to tighten the defensive side of his game to complement his undeniable flair in attack, which Bayern bosses have noticed, since joining from Manchester City.

Rummenigge singled out Sane and centre-back Niklas Suele for criticism for recent defensive lapses, saying: “These are mistakes that must not happen.”

Flick has suffered just six defeats since taking charge in November 2019, to match the amount of titles he has won.

There was some good news in Saturday’s defeat as Leon Goretzka came on for his first appearance since testing negative for Covid-19 in January.

The midfielder is likely to rekindle his partnership with Joshua Kimmich.

“It’s usually the great quality of FC Bayern that we are there when it counts — that wasn’t the case (in Frankfurt),” said Goretzka.

“We have to see that we give the right answers on the pitch in the coming games.”