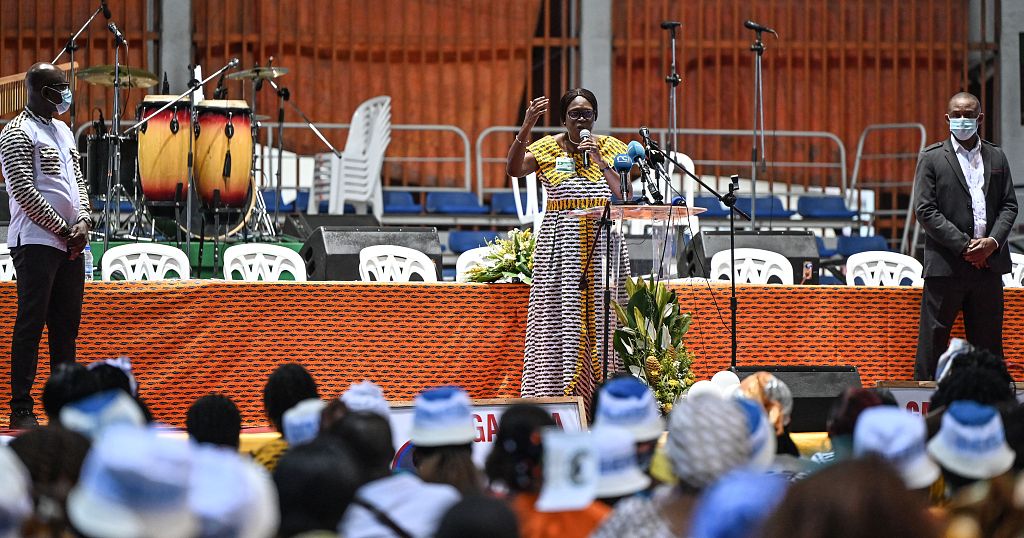 The former Ivorian first lady Simone Gbagbo attended a launch event of a political movement to support her, a step further towards creating her own political party for the 2025 presidential election.

She emphasized her “vision of a strong, sovereign, reconciled, modern and prosperous Côte d’Ivoire”, hammering out the national motto “Union, discipline, work”.

“The first thing I invite you to do is to become zealous and dynamic actors of forgiveness and reconciliation. This pact was called “my capable husband”, but today we women say that the husband must be capable, but he is not the only one who must be capable, the wife must also be capable,” Simone said.

In June, Mr. Gbagbo returned to Abidjan on the arm of another woman, Nady Bamba, his partner since the early 2000s, and filed for divorce from Simone. He also intends to launch a new party in October.

But in the hearts of supporters, it is difficult to separate the couple politically.

“This is the time to support the person, she has done everything for us, she has lived through difficult times for the Ivory Coast,” another supporter said.

She also received amnesty from President Ouattara after an Ivorian court sentenced her to 20 years in prison in 2015 after she was charged with undermining state security.