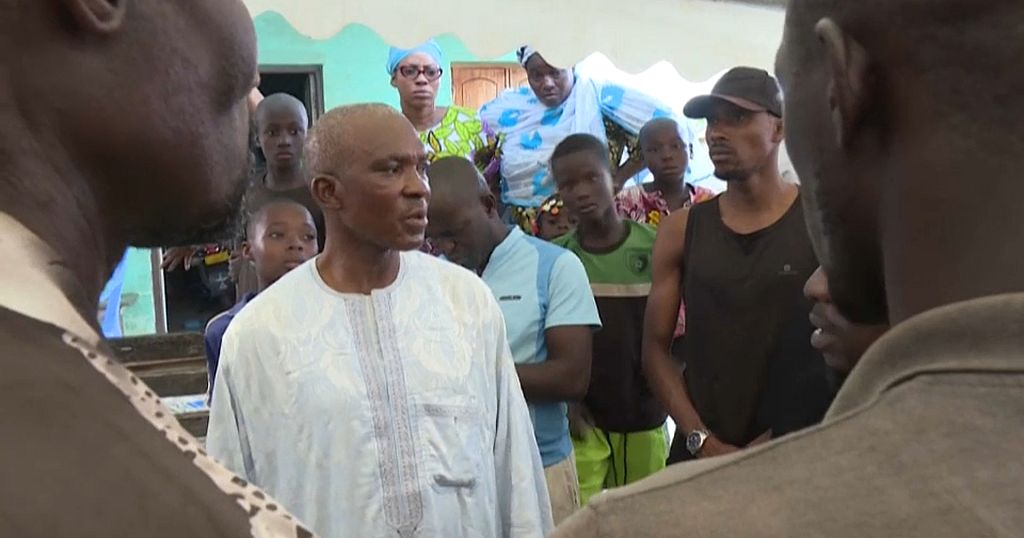 To avoid ethnic clashes between communities sparked by the re-election of Ivorian President Alassane Ouattara in the first round for a third term, local authorities have been conducting community mediation to avoid the worst.

One of such efforts is taking place in Daukro a town in the east central part of the country.

Lamine Konaté is an HRDP party officer in Daoukro. “In Daoukro, we made the effort, we were able to control our youth, we controlled our activists. There were no elections, but there were no injuries or deaths.”, he says.

On Tuesday, Electoral officers announced that President Alassane Ouattara of Ivory Coast had won a third term in a landslide. His two main opponents boycotted the election. and rejected the results.

Their boycott and rejection of results have raised fears that the cocoa giant nation could spiral deeper into political violence.

Kolia Adam Traoré is the president of the regional council of the Iffou region.

At least 30 people were killed from protests in the weeks leading to the vote.

The main issue here is about President Allassane Ouattara. Mr. Ouattara who became president in 2010 and was re-elected in 2015, had promised not to seek re-election in March. But after gon Coulibaly, the Ivorian prime minister and Mr. Ouattara’s chosen successor suddenly died in July, the president claimed that he was best positioned to lead the country for another five-year term.

He ran for a third term although the Ivorian Constitution limits presidents to two terms. Since then the fragile peace in this west African nation which saw a bloody post electoral conflict in 2010 has been put into jeopardy.

Julie Sonoh Aka the prefect of the region of Daoukro hopes that something will not yet upset this peace.

“We fought so that Daoukro would not sink into inter-community quarrels.” Julie stressed. And indeed, she is right.

A disputed 2010 presidential contest between Mr. Ouattara and then-President Laurent Gbagbo set off a civil war that left at least 3,000 people killed.

Many Ivorians and indeed people across the west African region can not afford to have a repeat of this episode this time.