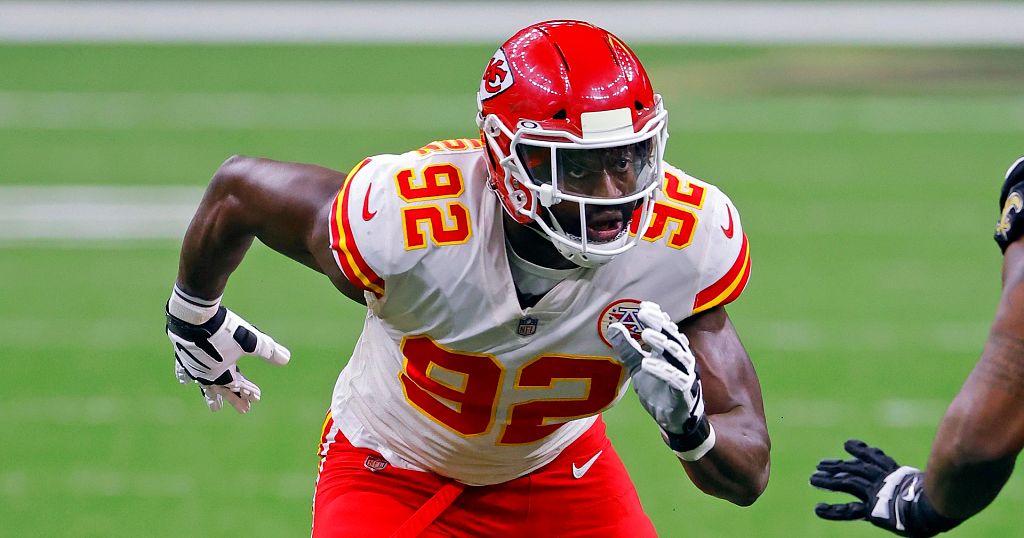 Until recently, the only connection Ivory Coast had with American football was because Tanoh Kpassagnon, an American born to Ivorian and Ugandan parents plays as a defensive end for the New Orleans Saints. Nothing else.

But since 2013, the sport has been creeping into the West African country, with especially children getting interested.

Samuel Beugré is evidence that the sport is having a positive reception in Ivory Coast. He features as a quarterback for the Golden Eagles, a local outfit.

Today, he’s come to show off some silverware he’s won recently to his parents.

”With all these trophies, when he goes to play and he comes back to tell me I succeeded I got a trophy, I tell him my congratulations, he tells me I want to go to Europe, I say no because it is necessary that American soccer remains in Côte d’Ivoire and it is with you that everyone will say that we have a leader here,” Annick Florence Niamké, Beugré’s mother said.

When not competing, Beugré is coaching children.

“I used to live in the neighborhood, and in the evenings I would come to watch the Golden Eagles practice,” he said

“It was because of them that I got into this soccer, and I would love to play in the NFL.”

In Ivory Coast, football is the most popular sport. The country has produced stars such as Didier Drogba and Yaya Toure.

But that has not stopped these youngsters from dreaming of a future as big-name American footballers.

“It is really important to have a new generation of players and we are preparing them,” said Beugré as he took children through their drills at a makeshift pitch in Abidjan, capital of Ivory Coast.

The sports federation wants to establish a local league.

With barely 200 members and only 4 clubs nationwide, American football remains a minority sport that is struggling to take off in the country of 26 million people.