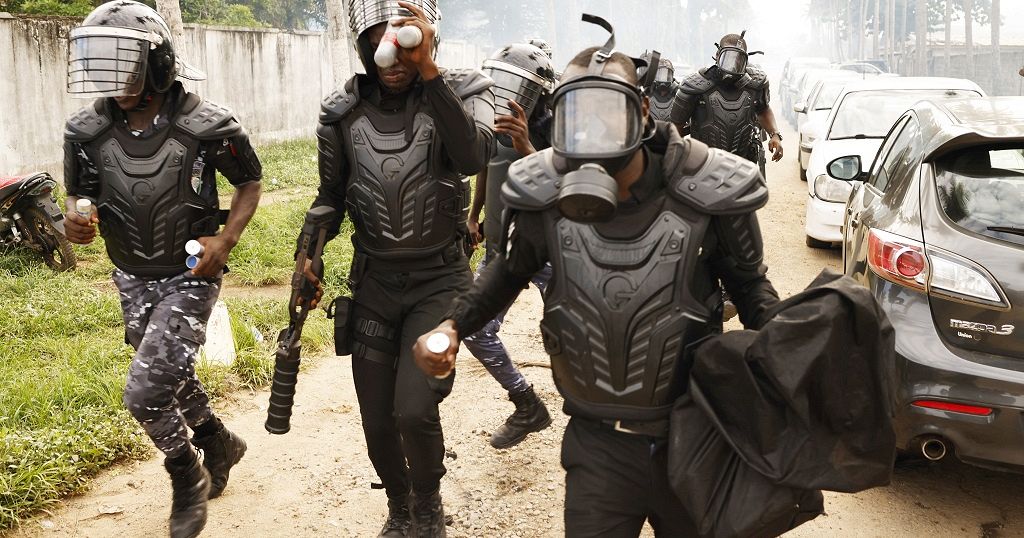 Ivorian police on Thursday used smoke canisters to disperse supporters of Laurent Gbagbo. The supporters were trying to gather along the route the former Ivory Coast president is due to travel after his arrival back to his home country.

“This morning we were surprised by the mobilisation of the forces of order in a very unusual way, at all the crossroads, at all the points of streets. Just now at the Akwaba crossroads, at the big crossroads of Koumassi, there were young people, people who came, who were gassed. And we learn that at the Akwaba crossroads, 40 people have already been arrested. We don’t understand why”, said Franck Kouassi, Deputy Secretary General in charge of communication at FPI party.

Streets were blocked with thick smoke billowing in the background. Shots could also be heard as armed police officers patrolled the street.

Some supporters of Laurent Gbagbo can also be seen throwing unknown object at the security officers.

At the time of filing this report Thursday evening, it was not known if there were reports of casualties or injuries.

The former Ivorian president was returning to Abidjan after around 10 years in the Netherlands awaiting trial at The Hague on crimes against humanity charges.