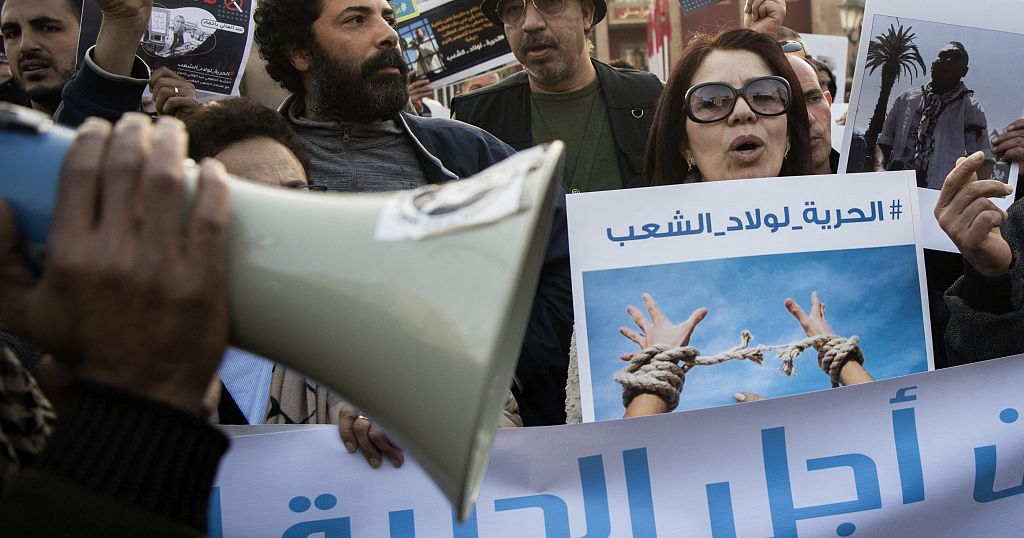 Moroccans head to the polls Wednesday for parliamentary and local elections that will determine the fate of the Islamist party that has ruled since the Arab Spring uprisings.

First elected in 2011, the moderate Islamist Justice and Development Party (PJD) hopes to win a third term this year, having clung on to power at the head of coalitions for the whole intervening decade.

But there are few clear battle lines between the PJD’s coalition partners and the opposition, and big decisions on key policy areas like agriculture, energy and industry remain in the hands of King Mohammed VI.

Opinion polls are banned in Morocco near election time, but a survey in February by the Moroccan Institute for Policy Analysis showed around 64 percent of people planned to abstain.

People are still sceptical of whether elections make a difference to how the country is governed, even after a 2011 constitutional reform, he added.

Morocco adopted the new constitution after decades of skirmishes over the separation of powers and the king’s role in the day-to-day running of the country.

Drawn up in reaction to the February 20th Movement, the local version of the Arab Spring uprisings around the Middle East and North Africa, the document moved the country closer to a system of constitutional monarchy without giving up the king’s central role.

Regardless of who holds elected office, major decisions come from the palace, including during the Covid-19 crisis.

The extent of the crown’s powers has led some local media to mock the PJD’s attempts to take credit for the successes of their latest term.

Mohammed VI has already announced a plan for a “new model of development” with a “new generation of reforms and projects” in the coming years.

All parties are expected to sign up, regardless of who wins the election.

The plan’s major aims include reducing the country’s wealth gap and doubling per-capita economic output by 2035.

“The major directions are set and the elections only serve to produce the political elites capable of implementing them,” said political scientist Mohamed Chiker.

During the election campaign, most parties have ignored issues of individual liberties, in particular the call by some activists to decriminalise sex out of wedlock, a divisive subject in Morocco.

“It’s disappointing but not surprising that politicians are ignoring our appeal,” said Sonia Terrab of the “Hors la loi” (“Outlaws”) collective.

For now, three major movements dominate the political scene: the PJD, the National Rally of Independents (RNI) and the Authenticity and Modernity Party (PAM).

In the run-up to the vote, allegations of irregular campaign spending rather than policy debates have dominated headlines.

“Monstrous amounts of money have been spread around to try and foil the people’s will,” senior PJD official Abdelaziz Aftati said Saturday, without naming the alleged culprits.

PAM has been more direct, accusing the RNI — led by billionaire businessman and agriculture minister Aziz Akhannouch — of “flooding the political scene with money”.

RNI, a junior member of the current coalition, said it “rejected categorically” the allegations.

Mud-slinging aside, and with little to differentiate the parties, the election is “widening the distance between voters and the institutions”, political scientist Mustapha Sehimi said.

Even an electoral turnout of 45 percent “would be a nice surprise” after just 43 percent in 2016, he added.

Changes to the voting system mean that Moroccans will vote in both parliamentary and local elections on the same day for the first time, in an effort to boost turnout.

The electorate of almost 18 million are to vote for 395 deputies and more than 31,000 local and regional representatives.

Meanwhile, parties’ shares of seats will be calculated based on registered voters, rather than those who actually cast their ballots, in an amendment seen as favouring smaller parties.

On the same vote share as in 2016, the new system would leave the PJD with around 80 seats, rather than the 125 it scored last time around.