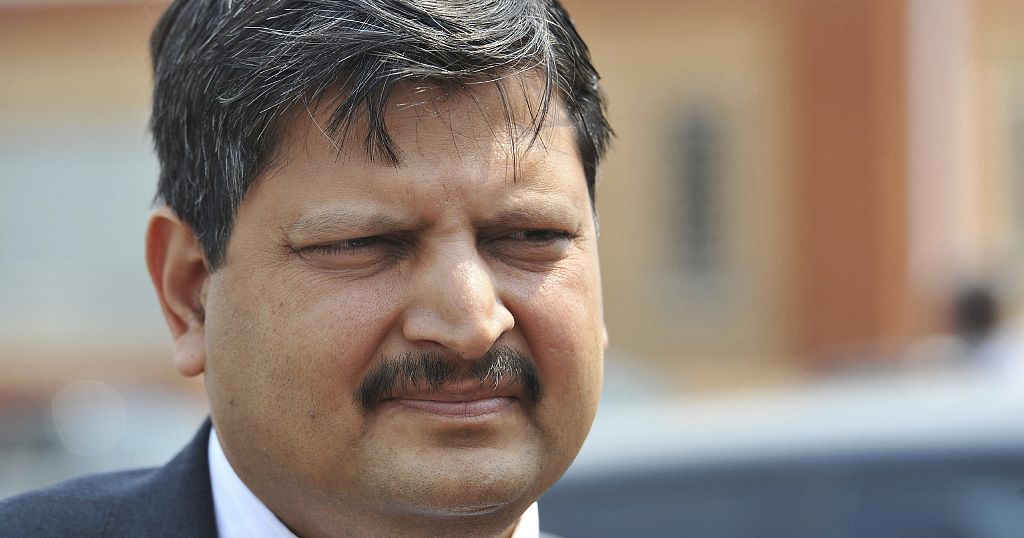 South African prosecutors on Monday announced a key step in their bid to extradite Indian-born brothers who were allegedly at the centre of a massive web of corruption.

The three Gupta brothers – Ajay, Atul and Rajesh – are at the centre of a long-running probe into the embezzlement of state assets under former president Jacob Zuma.

In a statement, the prosecution authority’s chief investigator, Hermione Cronje, said Interpol had issued a “red notice” against two of the brothers, Atul and Rajesh.

Red notices are a global alert enabling law enforcers to arrest a person sought for prosecution or serving a sentence and detain them pending extradition.

The three brothers are at the centre of a 2016 graft report by South Africa’s anti-corruption watchdog, which claims they paid bribes in exchange for massive state contracts and influence ministerial appointments.

They fled South Africa shortly after a judicial commission started in 2018 and are suspected to be in the United Arab Emirates (UAE).

In 2019, the US Treasury slapped sanctions on the Guptas, effectively freezing their assets under US jurisdiction, and forbade Americans – particularly international banks with any US operations – from transactions with them.

Last month South Africa said it was close to finalising an extradition treaty with the UAE.

The third brother, Ajay, who is not named in the red notice, is part of a separate case, Cronje’s office said.

His siblings Atul and Rajesh Gupta are being sought in connection with a 25-million-rand ($1.76 million) contract paid to a Gupta-linked company, Nulane Investments, to conduct an agricultural feasibility study, it said.

The alert came as Zuma sought to avoid jail after he was sentenced to 15 months in jail for contempt after failing to appear before anti-corruption investigators.