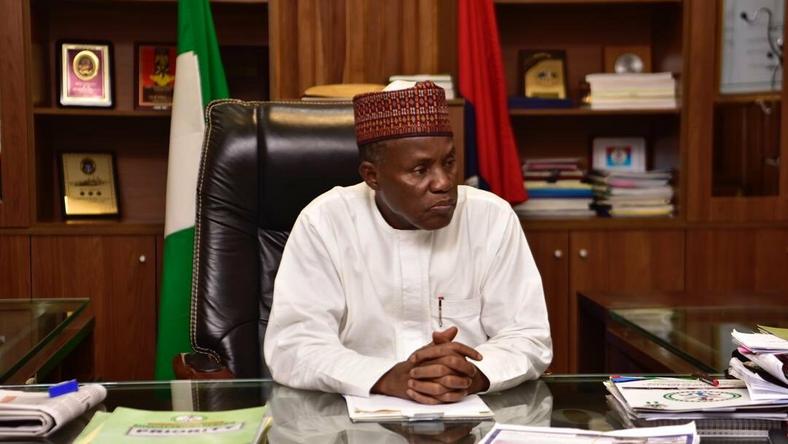 Describing the minister’s statement as reckless and irresponsible, the party said Magashi’s statement showed that President Muhammadu Buhari’s administration has “surrendered to outlaws and has no determination to fight them.”

In a statement issued on Thursday, February 18, 2021, by its National Publicity Secretary, Kola Ologbondiyan, the opposition party said it is unthinkable for the minister to describe unarmed citizens, who are victims of banditry and insurgency as cowards, while elected officials get necessary resources to defend themselves.

The statement reads, “It is unthinkable that a government would describe unarmed victims of armed aggression of terrorist and bandits as “cowards” while those who were elected and given the necessary resources to defend them recede in the comfort and safety of their offices in Abuja.

“Such disposition to security; a statutory responsibility of government, goes to validate apprehensions that our nation is indeed descending to a failed state under the Buhari Presidency, where the government can no longer perform its duties while unarmed citizens are left to confront bandits and warlords.

“Given the silence by the Buhari Presidency, our party holds that the defeatist comment by the minister represents the disposition of President Muhammadu Buhari and his security architecture, and explains why the administration has remained complacent in the fight against terrorism and banditry in our country.

“Such statement by the Buhari administration, at the time it ought to be scaling up its security strategies to guarantee the safety of all Nigerians, have been emboldening bandits, terrorists and kidnappers to escalate their acts atrocities against our compatriots.

“Moreover, with such disposition, the Buhari administration is creating a lucrative job for bandits, terrorists and kidnappers who are settled with huge ransom instead of being faced with firepower.

“Our party however urges Nigerians not to despair at this moment but brace up as it has become obvious that we are now in a despondent situation where the government has shown that it can no longer defend the citizens.”

Nigerians have also criticised Magashi for asking unarmed citizens to defend themselves and fight against bandits who attack their communities.