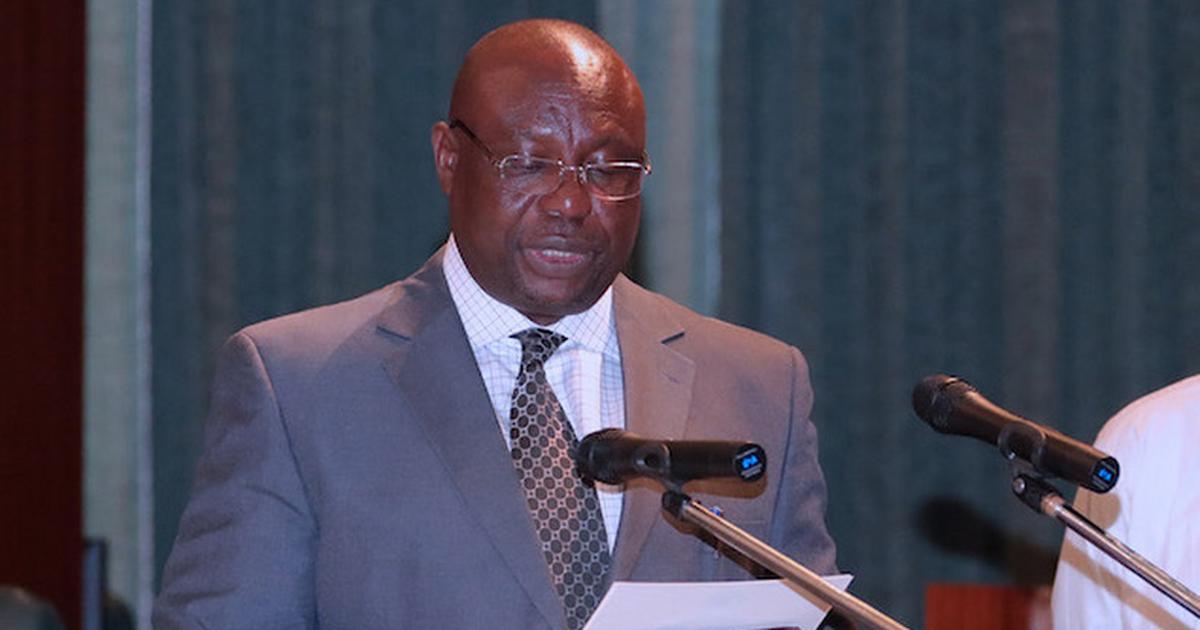 The slap-on-the-wrist sanction, it declared, accounted for the disdain exhibited by political parties and their candidates in complying with directives relating to party finances and election expenses.

He was speaking at the inception meeting on Strengthening Accountability Networks among Civil Societies (SANCUS).

The meeting was organised by Civil Society Legislative Advocacy Centre (CISLAC), which also serves as Office of Transparency International in Nigeria.

Okoye said that by Section 225 of the Constitution, political parties were required to submit and publish a statement of their assets and liabilities.

Parties were also to submit detailed annual statements and analyses of their source of funds and other assets together with a similar statement of their expenditure.

“Furthermore, Section 92(3)(b) of the Electoral Act, 2010 (as amended) provides sanctions for failure to submit election expenses report and the sanction imposed is to the effect that the defaulting political party shall on conviction be liable to a maximum fine of N1 million.

“Additionally, Section 92(6) of the Electoral Act 2010 provides that any political party that incurs election expenses beyond the limit stipulated in the law is guilty of an offence and shall on conviction be liable to a maximum fine of N1 million and forfeiture to the Commission of the excess amount.

“Civil society groups and organisations must mount and sustain advocacy for reasonable, rational and deterrent sanctions,” he said.

Okoye said sanctions should include an increase in the fines and prison term for the leaders of defaulting parties.

He said that INEC supported the creation of an Electoral Offences Commission and Tribunal that would have the mandate and jurisdiction to investigate, arrest and prosecute electoral offenders.

“We believe that the lack of robust investigation and prosecution of offenders accounts for the serial infraction of the provisions of the Constitution,” he stressed.

Okoye assured that in the interim, INEC would continue to play its role as an umpire and regulator, making sure that the electoral process was not adversely impacted through unwholesome practices.

In his remarks, Mr Auwal Rafsanjani, Executive Director, CISLAC, said that the overbearing influence of money in politics as exemplified in some recently conducted election was a cause for worry.

Rafsanjani said that checking the misuse of money in politics would prevent subversion of the will of the people.

“This project comes to Nigeria at the critical juncture of the pre-election period for 2023 elections.

“We all know what is at stake and I would like to invite us to discuss how to mitigate the role of dirty money in the upcoming electoral cycle.

“On the positive side, the necessary institutional and legal infrastructure is in place.

“We have the Independent National Electoral Commission and laws in place that, in theory, should regulate how money enters politics.

“On the negative side, we seem to have so much money in politics that it seems to have the power to erode our institutions. Our laws are not enforced or are out rightly ignored,” he lamented.

Rafsanjani noted that in the in the 2019 general elections, more than one quarter of voters went to polling booths with the intention of selling their votes to the highest bidder.

He said that the SANCUS project was being implemented by Transparency International Secretariat through its Chapters in 21 countries and is supported by the European Commission.

This, he said, would run from January 2021 to December 2023, with the aim to improve democratic accountability of public institutions globally by empowering CSOs to demand for systemic change to address accountability and anti-corruption deficits.

Rafsanjani said that the SANCUS project focuses on contributing to tackling the core problem of dirty money in Nigeria’s politics.

The dirty money, he explained, had perpetuated a culture of lack of accountability and corruption for power preservation and self-enrichment.