INEC chairman, Prof. Mahmood Yakubu, said during a meeting with Resident Electoral Commissioners (RECs) on Wednesday, June 16, 2021 that the units have been relocated to appropriate public facilities or open spaces.

Some of the affected polling units include six previously located at mosques, nine at traditional shrines, 21 at churches, 145 at royal palaces, and 232 at private properties.

Wednesday’s meeting was held primarily to discuss the nationwide continuous voter registration exercise set to commence at the end of the month.

He said the adequacy and accessibility of polling units were some of the challenges that had to be addressed in the interest of credible elections in Nigeria.

“The Commission is glad to report that 25 years since the current polling units were created in 1996, the hard nut is finally and successfully cracked after several unsuccessful attempts,” he said. 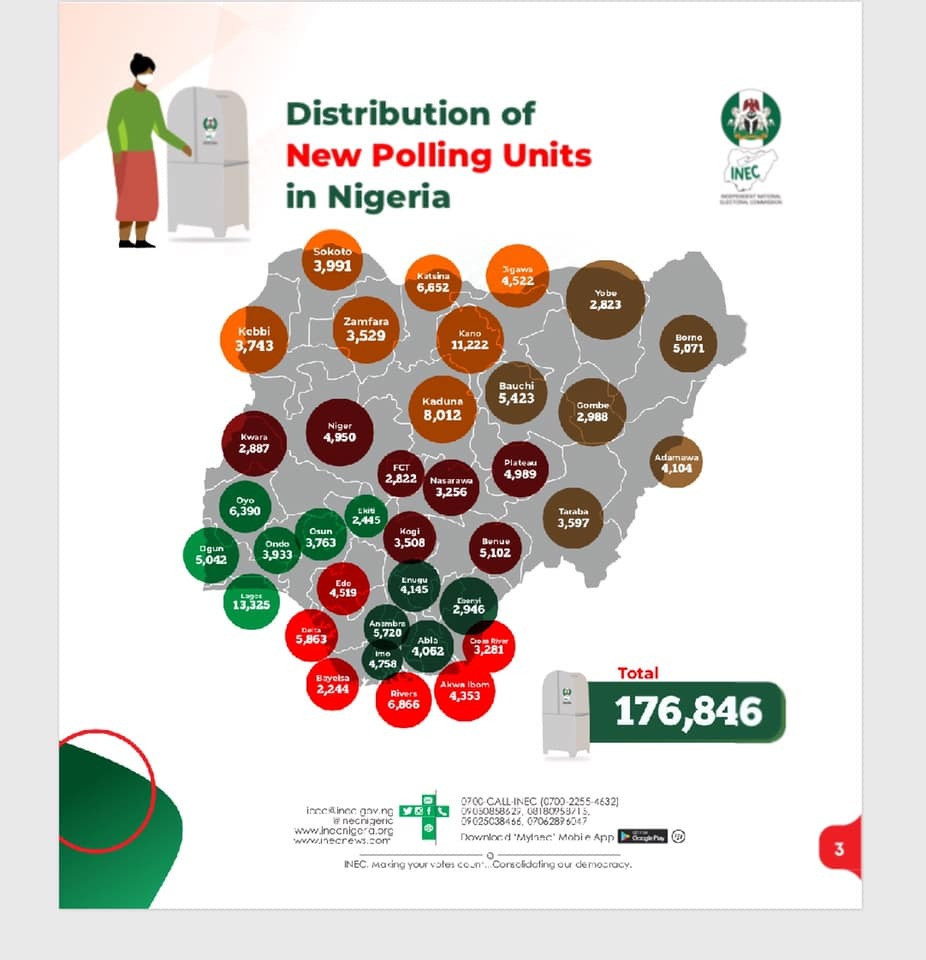 He noted that people who want to register for voter’s card when the CVR exercise commences on June 28 will find it easier to choose their preferred voting locations.

Nigeria has over 80 million registered voters, but the turnout rate for elections has been dropping since 2003, a problem many attribute to lack of access, and other structural problems plaguing Nigeria’s democratic process.

Elections are still typically marred by violence that puts the lives of voters and electoral officials in danger.