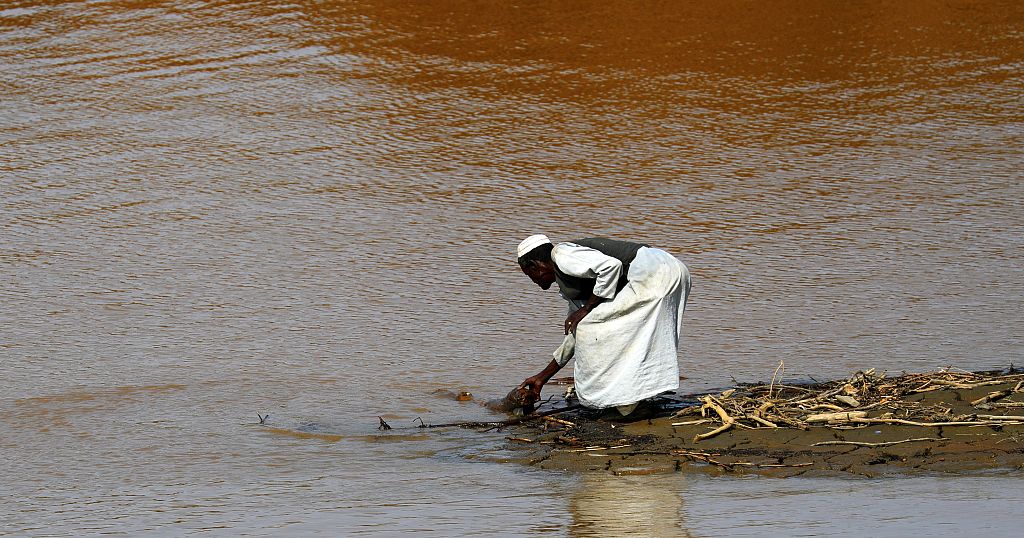 In an east Sudan town, Tigrayan Gabratansay Gabrakhristos panics whenever his phone rings: it could be grim news of yet more bodies washing up on the banks of a river bordering Ethiopia. Gabratansay says he has been receiving such phone calls since late July, when Sudanese villagers found the first corpse floating down the Setit river, known as the Tekeze in Ethiopia. I

In an east Sudan town, Tigrayan Gabratansay Gabrakhristos panics whenever his phone rings: it could be grim news of yet more bodies washing up on the banks of a river bordering Ethiopia.

Gabratansay says he has been receiving such phone calls since late July, when Sudanese villagers found the first corpse floating down the Setit river, known as the Tekeze in Ethiopia.

Since then, he says, a stream of calls has followed, bringing news of even more gruesome discoveries of bloated and deformed bodies with bound hands and severe wounds.

“It has been the case for weeks now. Once a new body is found, they call me and other Tigrayans here,” Gabratansay told AFP at Wad al-Hiliou, a village in the eastern Sudanese state of Kassala.

“We may not know them personally, but they are the bodies of our people,” says the 40-year-old farmer.

Gabratansay and others like him who recover the bodies fear they are evidence of mass executions by government-allied troops in Tigray, a small but historically powerful region of northern Ethiopia that has been ravaged by more than nine months of fighting between the army and battle-hardened local forces.

Allegations have swirled of atrocities, ethnic cleansing and mass killings, including a massacre in the town of Humera, in western Tigray. All have been dismissed by the Ethiopian government as “fabricated”.

Along with other Tigrayans, Gabratansay says he has helped to retrieve and bury some 50 bodies found in the river, including five women.

Many of the corpses bore gunshot wounds, others appeared to have suffered burns, deep slashes, or had body parts missing, and almost all had their hands tied behind their back, he says.

Gabratansay says that based on information received from Humera, “around 150 Tigrayan prisoners were executed by federal forces with their hands tied behind their back”.

These accounts came from Tigrayans who fled Humera as well as people still in the town who spoke of hearing “screams and gunshots”, he says.

“We think there are more bodies in the river but we have not found them yet.”

Tigrayan Kahsay Gabrselsey, who took part in the search for bodies, believes they belong to the Tigrayans allegedly executed in Humera.

“We have heard that federal forces killed dozens of Tigrayan prisoners… and threw them in the river,” he says. “We think these are their bodies.”

Although the men have little evidence to support their claims, they say some of the bodies had tattoos written in their language — Tigrinya.

“One body had a tattoo of the words ‘I love you’ on his arm, and another had the name of his beloved carved on his arm as well,” says Tigrayan Gebremaden Gabro.

Tigray has been wracked by violence since November, when Ethiopian Prime Minister Abiy Ahmed sent in troops to oust the region’s ruling party, the Tigray People’s Liberation Front, a move he says was in response to TPLF attacks on army camps.

Thousands have been killed, and tens of thousands forced to flee into Sudan.

Weeks into the fighting, Abiy — winner of the 2019 Nobel Peace Prize — declared victory after his forces captured the Tigray capital, Mekele.

In June, a stunning turn of events unfolded when the TPLF regained control over Mekele and much of Tigray.

The fighting spread however as western Tigray remained under the control of allied government forces, and the TPLF pushed east and south into the neighbouring Afar and Amhara regions.

The men shared with AFP images of what appeared to be several bodies floating on the surface before being carried away on mats and buried in shallow sand graves on the banks of a river.

“We wished we could take them somewhere better to be buried, but we couldn’t,” Gabratansay says, pointing to large stones he placed atop the grave of the first body he buried.

“The bodies were too decomposed and smelled and we had little means to carry them.”

The UN refugee agency, the UNHCR, confirmed the discovery of one body and several fresh graves but said it could neither confirm the identity of those buried nor how they died.

The UNHCR, like other aid agencies, said in early August that it had “no access to the Ethiopian side of the border.”

Humanitarian needs have swelled in Tigray with aid workers struggling to reach people who have become stranded by the conflict.

In July, the UN warned that 400,000 people had “crossed the threshold into famine”, with another 1.8 million on the brink of following them.

Amnesty International this month accused forces allied with Addis Ababa of hundreds of cases of sexual violence and rape, some involving sexual slavery and mutilation.

Ethiopia accused Amnesty of bad methodology and waging “sensationalised attacks and smear campaigns” against it.

But Tigrayans living in Sudan fear the worst for their families trapped in the region.

“My family was unable to escape since they live in a village far from the border,” says Legese Mallow who hails from Adigrat in Tigray.

“We just wish the war would stop so we can go there and see who died and who is still alive.”