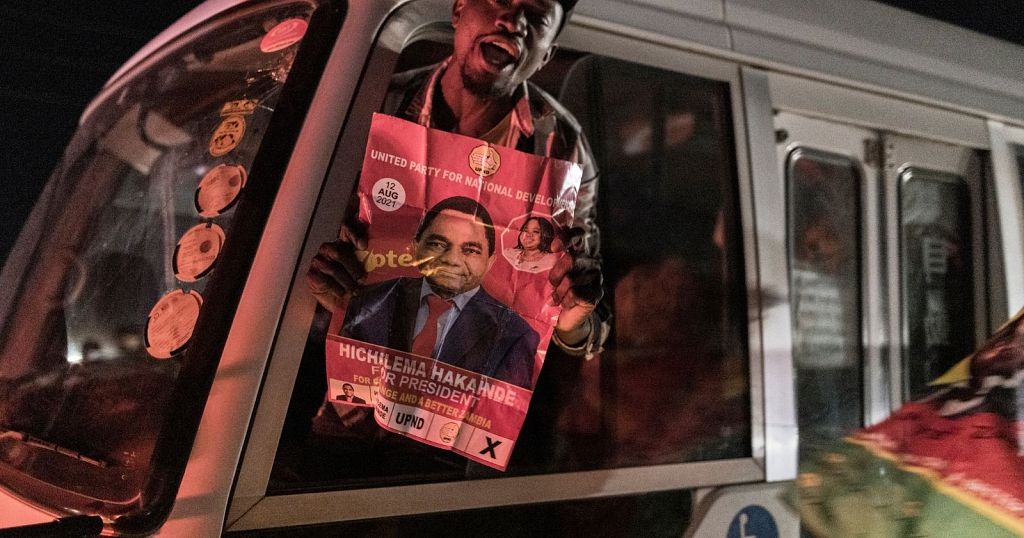 Zambia’s newly-elected leader Hakainde Hichilema takes office on Tuesday after a comprehensive election victory hailed as a rare triumph over authoritarianism and a milestone in African democracy.

Hichilema, 59, will take the oath of office before a crowd that will notably include opposition politicians from regional countries as well as current and former African leaders.

On his sixth bid for the presidency, Hichilema defeated the incumbent Edgar Lungu, 64, by almost one million votes — a landslide spurred by economic hardship and restricted freedoms under the previous regime.

The victory is the 17th opposition win in sub-Saharan Africa since 2015.

It occurred despite restricted campaigning and suspected rigging in favour of Lungu’s party.

Voter turnout on August 12 was nearly 71 percent, and many Zambians queued late into the night to cast their ballots.

But the incumbent’s popularity was sapped by unsustainable infrastructure spending that plunged the copper-rich southern African nation of over 18 million inhabitants into debt default.

The local kwacha currency plummeted and inflation rose over 24 percent, rendering basic goods unaffordable in a country where more than half the population lived in poverty before the pandemic.

Hichilema, fondly known as “HH” or “Bally” — an informal term for father — has vowed to clean up the mess and woo back spooked investors.

Authoritarian leaders “might learn a couple of lessons from this,” Zambian economist Grieve Chelwa said.

But he warned that the Zambian scenario could also have the “perverse effect” of encouraging African “tyrants” to “rig harder”.

There is consensus among analysts and observers that Lungu tampered with the ballot, citing intimidation tactics and more voters registered in opposition strongholds.

“It was a poor-quality election that was manipulated in a number of ways,” political scientist Nic Cheeseman said.

37 mins ago A. Doris Ehujuo

37 mins ago A. Doris Ehujuo