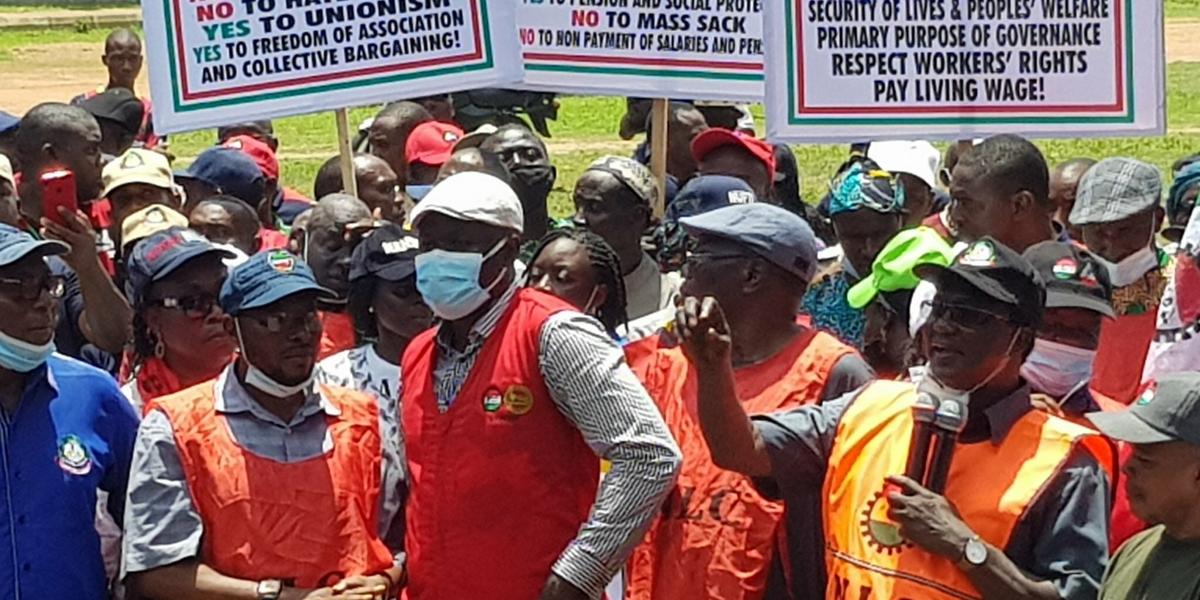 The NLC says it takes exception to the text of a press conference by PDP, where the party listed non-payment of salaries as one of the reasons why it asked Governor Hope Uzodinma to resign.

In a joint statement signed by the acting Chairman of the NLC in Imo, Comrade Philip Nwansi, State Chairman of Trade Union Congress (TUC) Comrade Tangban Nkim and the State Chairman of JPSNC, Comrade Alloy Iwuanyanwu, labour denies having any salary issues with the Imo State government.

“Concerning the issue of salaries and pensions, organised labour has engaged the state government meaningfully and most outstanding matters in that regard have been adequately handled through the instrumentality of labour and dispute resolution mechanism,” the statement reads.

Labour adds that it is outraged that the PDP wants to drag it into an altercation with the ruling APC.

The NLC reiterates that it is a non-partisan organisation solely concerned with the welfare and interest of workers; and frowns at attempts to involve it in partisan politics.