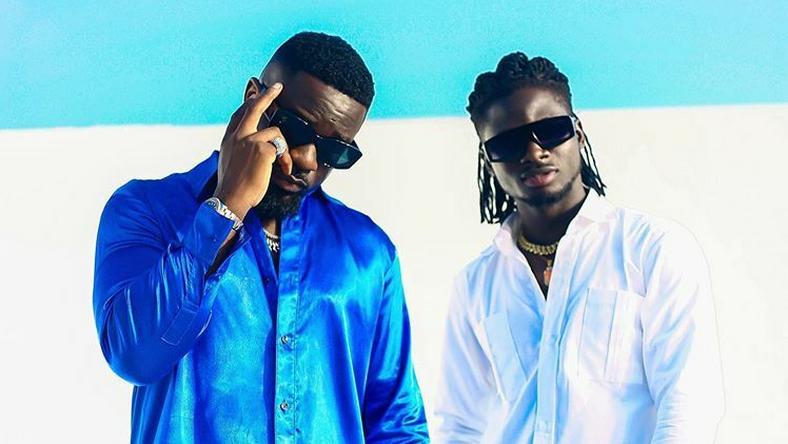 Sarkodie, on Monday, November 2, released a new song, titled “Happy Day”, which featured the Lynx Entertainment label signee. In the song, he indirectly endorsed the New Patriotic Party’s presidential candid and rendered an apology for attacking the government with some of his political songs.

He also praised the incumbent government for its free SHS initiative and claimed it has ended “dumsor” (load-shedding). He went on to say “Nana toaso” (to wit Nana Addo should continue his governance) and ended the song with Nana Addo’s famous campaign slogan: “The battle is still the Lord’s”.

But when Kuami Eugene was asked how he got involved in the political endorsement song, he told 3FM on Tuesday, November 3, that he had no idea behind the whole song.

According to him, he only received the first verse of the song from SarkCess Music label and was asked to lay his hook without knowing the entire song. He said he got to know about Sarkodie’s endorsement when he appeared on the set of the video shoot but had no option than to continue the shoot. He claimed he is an innocent young guy.

“I don’t know what’s going on,” the “Confusion” singer indicated. “I’m just an innocent young guy who did a feature for someone I respect in the industry.”

He continued that even though he isn’t disappointed, he is not comfortable about the whole endorsement saga.

“I’m not disappointed but I’m not comfortable this whole thing is happening,” he added.

Meanwhile, Sarkodie has disassociated himself from his own endorsement of Nana Akufo-Addo.

When Nana Addo tweeted that he liked the song and that it’s nice, Sarkodie took a dig at him, saying he shouldn’t take advantage of the song for his political gains.

“Nana M3nfa bronya ho nre akoko oo lool !! when I say aban ( all parties ) Shouts to yourself x JM but if i feel like pointing out the negatives too you know how we do,” he tweeted.

Sarkodie is yet to respond to Kuami Eugene’s claims.