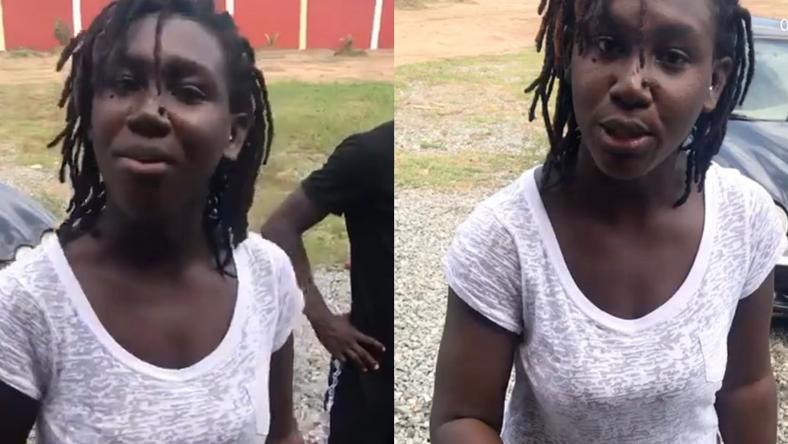 She told Zionfelix in an interview today that she can’t destroy Funny Face because she gave him twins and she is expecting another child in the next four or five days.

“I won’t brand Nana Yaw [Funny Face] as a bad person or destroy him in public,” she told Zionfelix during a phone call. “The reason why I have been quiet all this while is because of my children and my current condition.”

She then revealed: “I’m currently pregnant and I have just four or days to deliver. I’m nine months pregnant for the same person, so I can’t tarnish his image. I’m pregnant with a single child.”

She also cleared the air on allegations by Funny Face that Adom TV presenter Maame Yeboah Asiedu influenced Vanessa to flee with his twins, Ella and Bella.

Vanessa disclosed that she nearly left Funny Face in August last year, but Maame Yeboah Asiedu convinced her to stay.

She said Funny Face is confused because he has blamed their break up on a lot of people.

“Let me clarify this, Maame Yeboah isn’t behind me leaving Yaw Boateng,” she says. “When it started, he blamed it on Lil Win and later said I run away with the kids. He is now blaming Maame Yeboah. So, which is which? Why are you always blaming people for your problems?”

She continued: “Maame Yeboah Asiedu helped me. I would have broken up with Nana Yaw last year August, but Maame Yeboah saved the situation.”

Vanessa also disclosed that Funny Face rather abused her, and when he did, she fought back as self-defence.

Listen to the interview below.